Skip to content
You are here
Home > Featured > “Pohar Kot”- “A Beautiful Dream into Reality” from Pune.

An Assamese from Pune is all set for his debut in Assamese Music Industry with his melodious
and pleasant choice of words in the form of “Lyrics”: Pranjal Saikia, an IT professional based in Pune adding another feather into his hat.

Pranjal’s passion for writing always led him to the world of Music and Film,  a poet & writer who enjoys writing in various languages i.e:  English, Assamese and Hindi. Pranjal has already  tried his hands in Regional Industry and worked in Marathi Films and short films.

His journey of Song “Pohar Kot”, is quite fascinating, once he was driving though the beautiful
streets of Pune and blown away by the “Game of Moon and Cloud”: Moon was struggling to shower lights,
however, cloud was blocking its way. That moment transformed into beautiful  line within “Pohar Bisari thoka Jonaak dekhisa ney ketiaba”. He penned down the lines relating to Hate and Love. 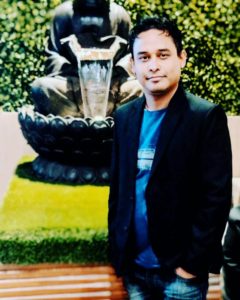 Later Pranjal got in touch with another Assamese soul residing in Maharashtra, Raunak Bharadwaj, a Singer, Composer and an IT Professional. He is being credited with ‘Theme Song’ for Lovely Professional University, Raunak teamed up with  another free spirit Amritanshu Dutta, Finalist of “Dil hai Hindustani Reality Show”,and part of the team of Title song of ‘Fukrey Returns’ as well. He is responsible for giving soul to the song.

Pranjal(lyricist) and Raunak (singer) team up with Amritanshu (composer)and finally  came up with the song “Pohar Kot”.

“Being out of Assam for more than a Decade, can’t fade the heart and soul of an Assamese from within” says Pranjal Saikia who is excited to witness his Dream of being an Assamese lyricist into reality. 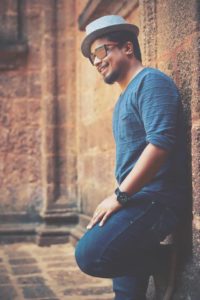 The song will get released on 7 th December 2018, from Griebs Music Assam on all Digital
Platform.