Skip to content
You are here
Home > Featured > Naina by Ankit Tiwari feat Angela is here!

The one name that is synonymous with romantic numbers is that of Ankit Tiwari , the one whose croneed songs like Sun Raha Hai, Galliyan and Tu Hai Ke Nahi, is all excited about his next single Naina  Naina is Produced by Ankur Tiwari from Brotherhood Entertainment with his partner Mr. Pawan Chawla the song a Gaana exclusive and the video of the song is only available on the official YouTube channel of Ankit. 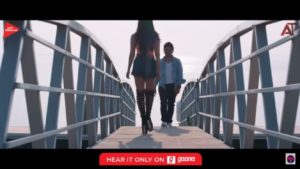 When talking about the song Tiwari told that “Naina is really close to his heart and this song has very new sounds as a team of musicians from London, UK has worked with him for the first time. He also said that he really enjoyed working with his co-star Angela Krislinzki because of her the song is looking more beautiful.”  The producer of the this song Mr. Ankur Tiwari also told that he is very thankful to all the music lovers of Ankit as the entire team is getting a huge response post the release

Its Directed by Rayhaan Patni

Zulfi Syed brings in the year with a bang!

Orange Media, owned by entrepreneur Tauheed Khan is the next big thing in town