Anees Bazmee’s Pagalpanti has finally hit the screens today and much to the excitement of the fans, the film delivers a complete entertainment package.

The dancing queen, Urvashi Rautela with her kickass performance in the film will make you ask for more. Her role as Kavya is the key to all the connections in the film, a girl-next-door ghost with fun surprise elements.

When Pagalpanti’s trailer was released on November 8th, 2019, the fans saw one of the biggest highlights of the film which left people awestruck – Urvashi’s Bimar Dil entry. Her killer looks, statement dance moves and smoldering attitude made people go weak in their knees and they couldn’t wait to witness more of her on the big screen. 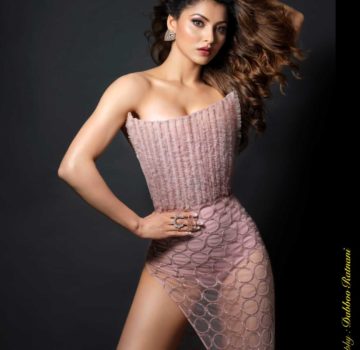 With the promise that the actress fulfilled with the audience expectations, it is well known now that if there is one actor who has truly shown a remarkable transformation as a performer in the Bollywood film industry, it has to be Urvashi Rautela. The actress has evolved from a newbie struggling to answer her staunch critics to a confident and determined artist. With every film, Urvashi is pushing herself to broaden her horizons and deliver the best of her talent.

Sharing her excitement Urvashi said ‘ I am extremely happy that the audience has loved my work. I have put my heart and soul in the movie. As actors, it all comes down to this moment when our fans shower us with so much love.’

The actress will be seen next sharing screen space with credible actors like Vineet Kumar (Mukkabaz, Sand ki Aankh fame) and Akshay Oberoi in the remake of the superhit Tamil film, Thiruttu Payale 2.

“G. Ashok is one of the finest directors who has an understanding of Pan-Indian films,” says Producer Amit Bhatia on his official collaboration with the director on his first film.