Director Shankar’s much-awaited film Robot 2.0 had a grand trailer launch at a theatre in Chennai. The lead actors Superstar Rajinikanth, Akshay Kumar and Amy Jackson were present at the event.

The film is tauted to be India’s most expensive film ever. 2.0 is the sequel to Shankar’s 2010 blockbuster Robot. The trailer showcases Rajinikanth’s Chitti fighting against Akshay Kumar’s giant monster. 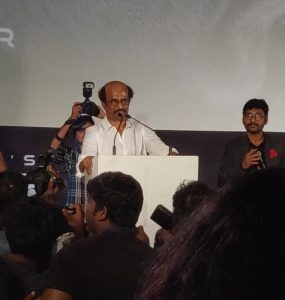 The trailer is loaded with some mind-blowing action, brilliant VFX and some great performances by the actors. Apart from the main cast, director Shankar, Music Composer AR Rahman and producer Subaskaran were also present at the launch.

Talking about the film, Rajinikanth says, “2.0 is a thriller, entertainer and has an international message – that the planet is not just for human beings but other creatures also.” He also praises Akshay Kumar for his dedication on the film and says, “Hats off to Akshay Kumar for his hard work. It is definitely worth it”. 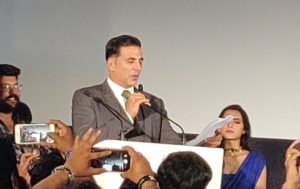 Actor Akshay Kumar who marks his Tamil debut with 2.0 and plays an antagonist in the film says, “I got to learn lot of challenging things. Shankar is a scientist, not a director. I did make up for 3 hours and I took one hour to remove the makeup. I just saw myself on the screen, and it was unbelievable. I’m looking forward to seeing the film. I thank Shankar sir. It was worth” the pain” 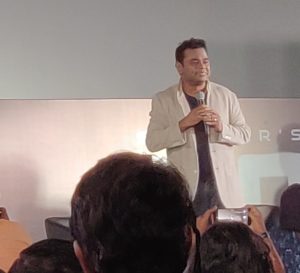 The Hindi version of the film will be presented by Karan Johar. Robot 2.0, produced by Subaskaran and Lyca Productions, will release across India on November 29 in 3D & 2D. 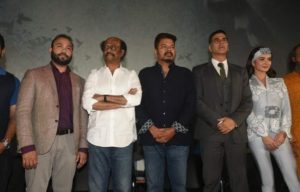