Director Fenil Seta’s short film Bawraa, which has been making waves since some time, will be screened at Mumbai’s popular Kala Ghoda Arts Festival 2019, as the festival opens the gates to its twentieth 20th edition this week. It is a prestigious moment for the new-age upcoming filmmaker, as the film is among the only twenty, selected out of hundreds for the screening. 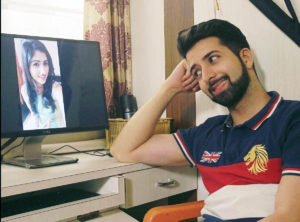 Apart from having written and directed the film, Fenil, who has also co-produced Bawraa says, “The Kala Ghoda Arts Festival is attended by thousands and it’s one of the major attractions of Mumbai city, where I’m born and brought up. I have been visiting the festival since more than a decade. Hence, to see my film being screened here, is a great feeling.”

The 28-minute film revolves around the story of a Mumbai-based lonely boy searching for love. One day, he gets a Facebook friend request by a mysterious girl from Pune and both get talking. The story takes some dramatic turns from there and moves towards a climax full of surprises. 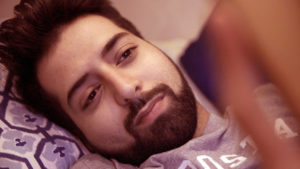 Fenil has managed to get an interesting set of actors to play the characters. The lead is played by Shreyas Porus Pardiwalla, who has appeared in popular Hindi films such as Yaariyan and Sanam Re, and also directed plays like Giant and Strangers In The Night. Harsha Chopda, who was seen in the web series I Love Us and the famous crime serial Savdhaan India, plays his love interest.

It can be noted here that Bawraa has earlier been screened at LIFFT India Filmotsav and Mrunaltai Short Film Festival. Moreover, at the 1st International Short Film Festival, Dombivli, the film also won an award in the Best Supporting Actor Award category. 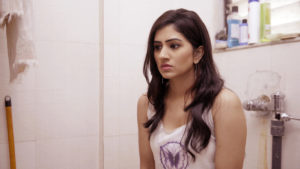