Kangana Ranaut’s directorial debut Manikarnika which is based on the life story of courageous Rani Laxmi Bai of Jhansi, had a successful run in India, is all set to release in Japan on 3rd January 2020.

Kangana Ranaut, who took the directorial charge of the movie mid-way, left the nation awestruck by her performance both as an actor and director.

After being one of the hits of 2019, Manikarnika, is now, all set to hit the silver screens in Japan. 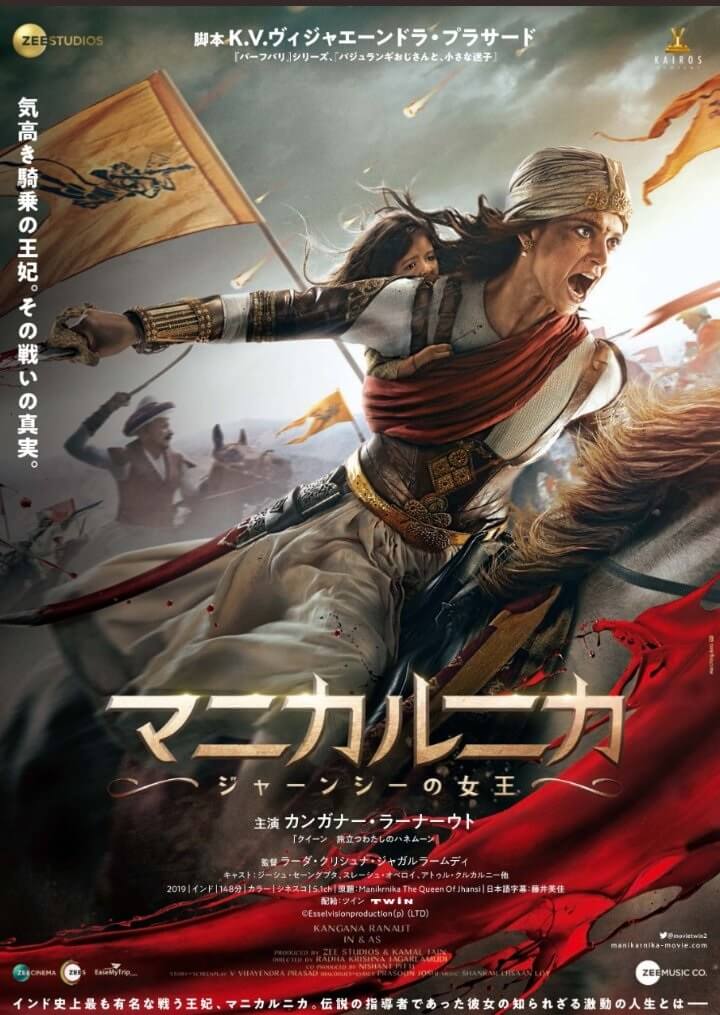 Kangana Ranaut’s Manikarnika also will be the first Indian film directed by a female to be released in Japan.
The film also starred Atul Kulkarni, Suresh Oberoi, Danny Denzongpa and Ankita Lokhande.

Kangana’s upcoming movie ‘Panga’ will release in January next year followed by Thalaivi which is based on the life story of ex-chief minister of Tamil Nadu and superstar Jayalalitha.

Watch Sex Education, a film that aims to spread awareness and break the stereotypes only on Eros Now!