Skip to content
You are here
Home > Posts tagged "Bollywood"

Indian-American author Rima Ray’s debut novel 'Ruby Roy and the Murder in the Falls'  became the No.1 best-selling humorous fiction book on Amazon soon after its release. What's more! The novel has recently been featured among the Top 10 best cozy mysteries of the year by Reader’s Digest and the

With the multi-starcast Marathi movie Ek Number Super emerging a success, newbie actress Pranali Sanghmitra Bhagwat is on cloud nine. "I am so happy that the audiences have lapped up the film and appreciated my work," quips an elated Pranali, who plays one of the main leads. Her hard work has

When debutant actor Samarpan Singh made a mark with his performance of the quirky lead character of Bunny in the love v/s lockdown web series LuvDown, many were busy dealing with the nitty-gritties of the harsh situations of the pandemic. But as the junta and acting fraternity settles in normality,

The trailer of Allu Arjun’s much-awaited action thriller Pushpa: The Rise - Part 1 was released recently, leaving netizens awestruck. From action-packed sequences, to an engaging story around red sandalwood smuggling; everything in the trailer promises an exciting watch for movie buffs. Amid all the buzz, one thing which caught everyone's

Bollywood's most lovable crooks are back with Bunty Aur Babli 2. The trailer is out and the film is about to release soon. While Rani Mukerji and Saif Ali Khan are playing the senior con artistes, Siddhant Chaturvedi and Sharvari Wagh are the upstarts who are out to rob the 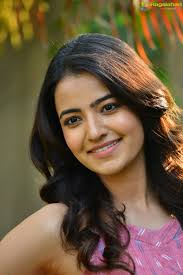 What does it take to break through in Bollywood? Rukshar Dhillon tells it all in this video After Sunny Kaushal's stand up act, it was now turning of Ruksar Dhillon to get on the podium and reveal some uncomfortable facts. The hot new actress on the block is all set to

Milan Talkies is full of quirky dialogues relating to the life of many people around India. This morning the makers dropped a dialogue promo which was funny yet clear enough about the people who quit studies. With release date approaching closer the makers of the film are leaving no stone

In a fresh casting, producers of Woodpecker Movies have brought together a fresh pairing of Nawazuddin Siddiqui and Mouni Roy in their next venture Bole Chudiyan, directed By Shamas Siddiqui. Says producer Rajesh Bhatia “The chemistry between Nawaz bhai and Mouni is going to be the high point of this film

One of the most-anticipated films of the year, Kalank, the saga of love set in 1940s, has been in the news ever since its announcement. Helmed by Abhishek Varman, the film is close to Karan Johar’s heart, as it was his father, producer Yash Johar’s last project that he conceptualised 15

After doing rounds of film festivals across the globe, and literally sweeping all awards and accolades, trailer of Abhimanyu Dassani’s debut film, Mard Ko Dard Nahi Hota, dropped today. Written and Directed by Vasan Bala, the film revolves around the story of a man with a rare disorder which prevents

Directed by Mozez Singh the short film ‘Ab Meri Baari’ to encourage adolescents to voice their opinions and play an active role in the upcoming elections!