Skip to content
You are here
Home > Featured > Fans like Family: Fans host a dinner party for Maniesh at Dallas

Desi munda Maniesh Paul, who has delivered some spectacular performances during the Dabangg tour 2018, also has a huge fan following and was showered with loads of love from his fans during the tour.
Interestingly, Maniesh has always reciprocated his fans love for him with as much gusto, in fact, he has become close to a few of them so much that they are now like his family. Like this zealous fan from Dallas, who goes all out to make Maniesh feel extremely special.
They are a huge fan of Maniesh and every time he is in Dallas, they invite him for dinner, needless to say, the star humbly obliges and makes his fans feel special in return.

Recently, when Maniesh visited Dallas, while on the Dabangg tour, he took a break from his troupe and ensured to go meet his fans. He spent an entire evening with them and enjoyed a hearty meal, which was specially prepared for him. Well, that is another level of fandom and modesty altogether, isn’t it. 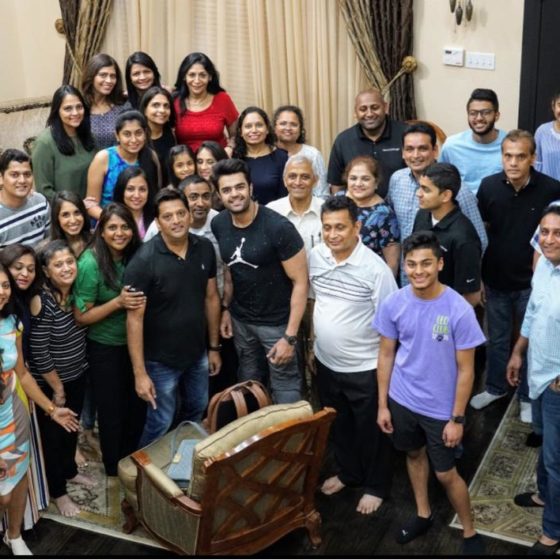 B349B20C-4FB9-4924-9F99-6041913D0211
Maniesh, who is currently busy with the tour, told us, “I have had a crazy time in Dallas with my extended family there. Those people are not just my fans but have also become friends and family to me. Every time I visit Dallas, we all have a small get together with dinner and a lot of fun. It’s like a home away from home.”

The squad is currently in Vancouver for the Da Bangg Tour

“Even those who may not read literature, will enjoy listening to classic stories:” Sania Saeed

Seerat Kapoor role as Vintha is loved by her fans, comment box is filled with love and support

Ajay Devgn, Veteran Producer Anand Pandit and others contribute to a 20-bed, COVID-19 facility in Mumbai