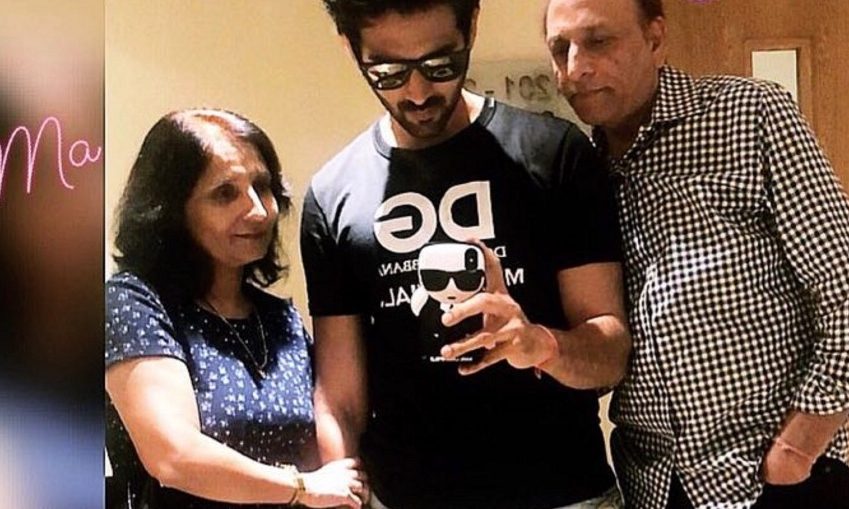 He’s made it to the 100 crore club, he’s dancing with the biggest superstars on stage, he’s being offered the biggest films in Bollywood and he’s living his dream… but yet there is something else that makes him currently the happiest actor in Bollywood. Reason being, he is working for his next film in his hometown and there is nothing more he could have asked for.

Kartik Aaryan is in Gwalior shooting for Dinesh Vijan’s next Luka Chuppi. Gwalior being his hometown, he’s having a ball of time shooting for the project. Last week when he began shooting for the film, he was welcomed whole-heartedly by the people of Gwalior and it was almost like a celebration in the city. Kartik Aaryan who plays a local TV reporter, has a 50 days schedule in the city and he’s really happy to be a part of it. This morning he shared a picture on social media, where we see him posing with his parents and he has sweetly captioned the picture saying – Perks of shooting in Hometown. #Family.
Clearly that speaks a lot about his current happy mood. He’s not just working on a good script, but he’s also surrounded by his loved ones, which is very rare for our actors. In a recent interview he even said, he receives home-cooked food, specially made by his mother on this schedule. That surely keeps him happy and gives him all the reasons to smile ear-to-ear.

Kartik Aaryan will also soon begin working on the Hindi remake of the Kannada film Kirik Party. Rumours suggest that Jacqueline Fernadez will play his love interest in the film. Recently videos of them shooting together went viral on social media, and we must say that the two make for a sizzling Jodi. Now let’s see which actress joins Bollywood’s first bromantic hero at this party!cover 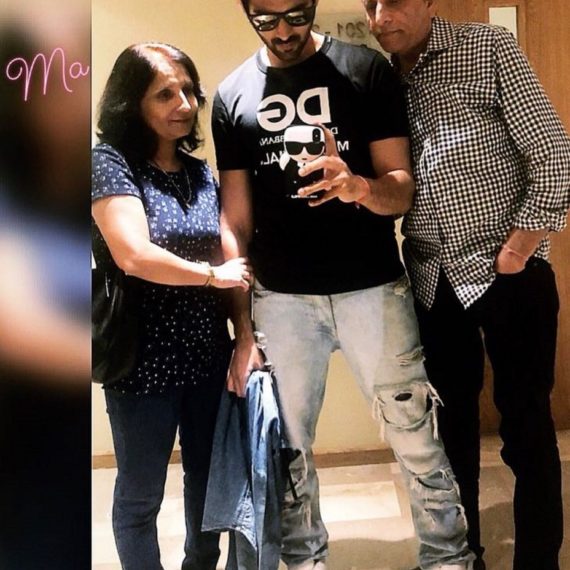 MOHAN SISTERS Team up  for  their  First Single  KANHA RE..