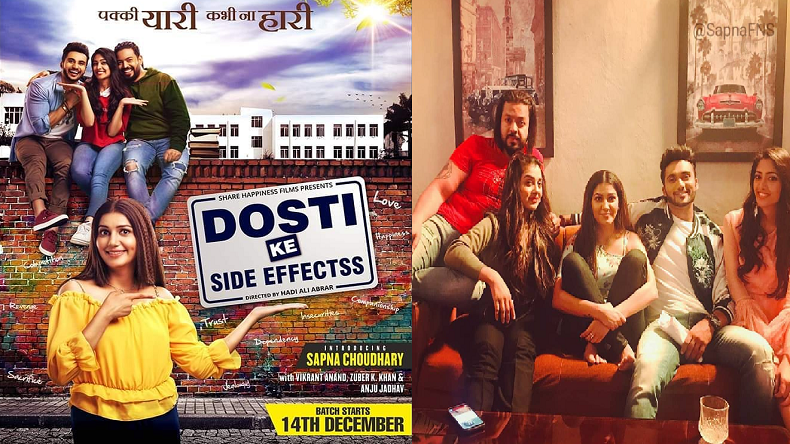 Teaser Out Now for Big Boss Sensation Sapna Choudhary’s Debut film Dosti Ke Side Effects!
After winning hearts with her dance performance in film ‘Naanu ki Jaanu’ and all over Haryana, Big Boss sensation Sapna Choudhary is all set to make a bollywood debut.
The teaser for her film Dosti Ke Side Effects released today and she has garnered much appreciation for the same.The film is directed by Hadi Ali Abrar and produced by Joyal Daniel of Share Happiness Films.The other starcast includes  Vikrant Anand, Zuber K. khan ,Anju Jadhav and Neel Motwani.Expressing her gratitude on the teaser reaction Actress Sapna Choudhary shares, ”I am really grateful to my audience for the love they have showered on me from time to time.
Its my first film and I hope they like my work and motivate me for my future endevours.”Dosti Ke Side Effects is a complete family movie based on contemporary perspective. The lives of four friends intertwined to form the story and  the true reflection of life where we have love, hatred, betrayal, promise, drama, happiness and yes…Friendship!