Skip to content
You are here
Home > Featured > BCL isn’t complete without leggy lass Benafsha Soonawalla, to host this season!

Gorgeous Benafsha Soonawalla, who is an absolute social media star has not only set the bigg boss stage on fire with her dazzling and bold looks during season 11 in the year 2017 but also been a talk of the town for being the most popular host of every possible show. 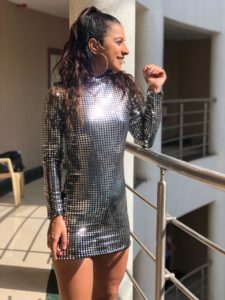 And now, the diva is gearing up for to host BCL this year like ever before and she seems to be really excited about it. It wouldn’t be surprising to say that any season of BCL is incomplete without Benafsha. BCL has surely added value in the television industry.

Earlier, Benafsha, who started her career as a roadie and was loved by MTV so much that she within a month of her roadies stint became the most popular VJ on MTV. She has also hosted NBA India which led her to huge popularity as a social media influencer.

Social media goes gaga over her fit body and doll face while her television audience loves her for her bubbly nature and whacky sense of humour.

Action experts from Korea, Injuries and days of rehearsal: Randeep Hooda shares glimpse into making of smoke fight action sequence from Radhe: Your Most Wanted Bhai