Skip to content
You are here
Home > Featured > SWETA RAI, AN INDIAN MAKING HISTORY WITH BACK TO BACK HOLLYWOOD MOVIE RELEASES AS A PRODUCER

This year has been a great year for the Producer of Indian origin- Sweta Rai. Her latest Hollywood movie “ORPHAN HORSE” released on November 20thon Blu Ray/ DVD (Netflix, Amazon) and will be streaming on Amazon Prime and other platforms. Sweta has worked as a co-producer on this movie alongside the producers of big Hollywood blockbusters like the Ghost in the Shell, Ghost Rider etc. She is one of the rare Indian filmmakers who has had the opportunity to work with Oscar winning filmmakers. She has worked with the Oscar winner JON VOIGHT (Mission Impossible 1, Midnight Cowboy) on Orphan Horse.

Orphan Horse is a story of a young runaway girl who hides out in the barn of a retired horse trainer and forms a bond with his troubled horse filly”. Sweta has also worked with Jon Voight on the movie SURVIVING THE WILD which was released in the theatres across USA in January.

“Working with the Academy Award winners is like working with the masters of the art. I try to create calm and comfortable environment on my film sets by checking with each department head on a daily basis. Especially when I work with the leading actors, unions are involved and as a producer I have to find a balance between following the rules and keeping the cast & crew happy.”

Sweta worked on the movie HEAVEN & HELL which was released in October 2018. It is now streaming on Amazon Prime. This movie featured some of the senior Hollywood actors like BURT WARD (Batman from the original batman series).

Born and raised in the small town of India; Sweta’s journey to Hollywood is an example for millions across the world. With the challenges of the middle-class family in India and the societal pressure to pursue Math/ Science rather than Arts, Sweta worked hard to follow her dreams of becoming a producer.

“I am producing movies in all the different genres which is quite a dream job for anyone who wants to make movies in Hollywood.” 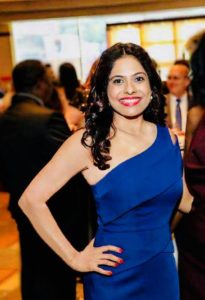 Next two movie releases lined up for Sweta are REMOTE VIEWING and THE GHOST BEYOND, coming out on December 4th. While Remote Viewing is based on a psychological phenomenon, The Ghost Beyond is a horror film featuring TREVOR DONOVAN (from hit teen drama 90210) and Emmy nominated actress VAIL BLOOM.

“These back to back movie releases are a result of hard work from the past few years. Extensive travels, 16-18hour work days plus 4-5 different movies at the same time. Moving to LA from Singapore was a different world for me. I am thankful to the Hollywood fraternity for accepting me and giving all these opportunities in such a short span of time”

In most of the cases creative people don’t care about the education. While some only have a high school or an undergraduate degree; Sweta has surpassed the rules there too. She has obtained 3 Master’s degrees- Masters in Broadcast Journalism, MBA in Marketing and an MFA degree in Producing from the prestigious American Film Institute (AFI) in Los Angeles. Having worked for the Discovery Channel in Singapore, Sweta has a command over distribution channels and also works on the distribution of the movies she produces in Los Angeles. She was chosen as the jury of the 17thAnnual Beverly Hills Film Festival where she judged the movies from across the world alongside the other jury members who have worked on the movies like ROCKY, A-TEAM etc.

Sweta’s new year gift is the psychological thriller that she has executive produced. Comes out in the beginning of 2019, NUN’s DEADLY CONFESSION. She is working on other projects like BUS DRIVER which are in the pre-production phase. She aims to promote Indian talent on the international platform.

“I just want to tell every dreamer from India that you should continue to dream big and also work each day towards your goal. If you make your own unique story, the world will come forward and help you. Dreams do come true.” 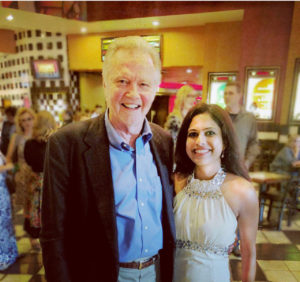 “The pandemic has been a time for collective introspection”: Anand Pandit

A befitting day for a befitting tribute – from one Queen to another ! Manikarnika Poster releases on Independence Day