Sharad Kelkar has lent his voice for a Women’s Day special Short Film called- Meri Khoj Mere Haath releasing on Eros Now on occasion of International Womens Day, 8th March 2019. The short film marks the debut of Mumbai’s 28 year Old Trishna Samat who has also written the script. The short film, talks about a young girl’s journey of simplicity, honesty and dedication towards achieving her dreams. 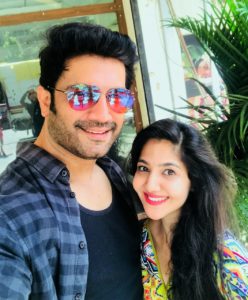 On being a part of this project, Sharad Kelkar said, “When Trishna narrated the script to me, I was more than willing to lend my voice for it. I loved the honesty and simplicity of the concept and how it addresses such an important cause. More power to Trishna and all other women out there trying to make a mark for themselves. Wishing the team of Meri Khoj Mere Haath, good luck.”

Talking about her experience on working on Meri Khoj Mere Haath, Trishna said, “It’s been an overwhelming experience working on this passion project. I have always believed that one can achieve what they want with their simplicity and let the fire within burn! I could not have asked for a better debut than this short film where i get to be a version of myself that would inspire so many other women across to believe in the power and beauty of their dreams. I am sure the audiences will love the film and the story-line will touch the right chord.”

Madhuri was my best student ever says showman Subhash Ghai

The talented singer Shilpa Rao comes out with a Jazz version of the Kalank title track!