The Sky is Pink is written and directed by National Award winning filmmaker Shonali Bose and is based on the true life story of the young motivational speaker Aisha Chaudhary and her parents. It marks Priyanka Chopra’s much awaited comeback to Bollywood after her appearance in a leading role in ABC’s Quantico, and she is also a co-producer on the film. Alongside Priyanka, the film stars actor-filmmaker Farhan Akhtar and Dangal and Secret Superstar sensation Zaira Wasim in lead roles. While Zaira plays the role of Aisha, Priyanka and Farhan play her parents in the movie. 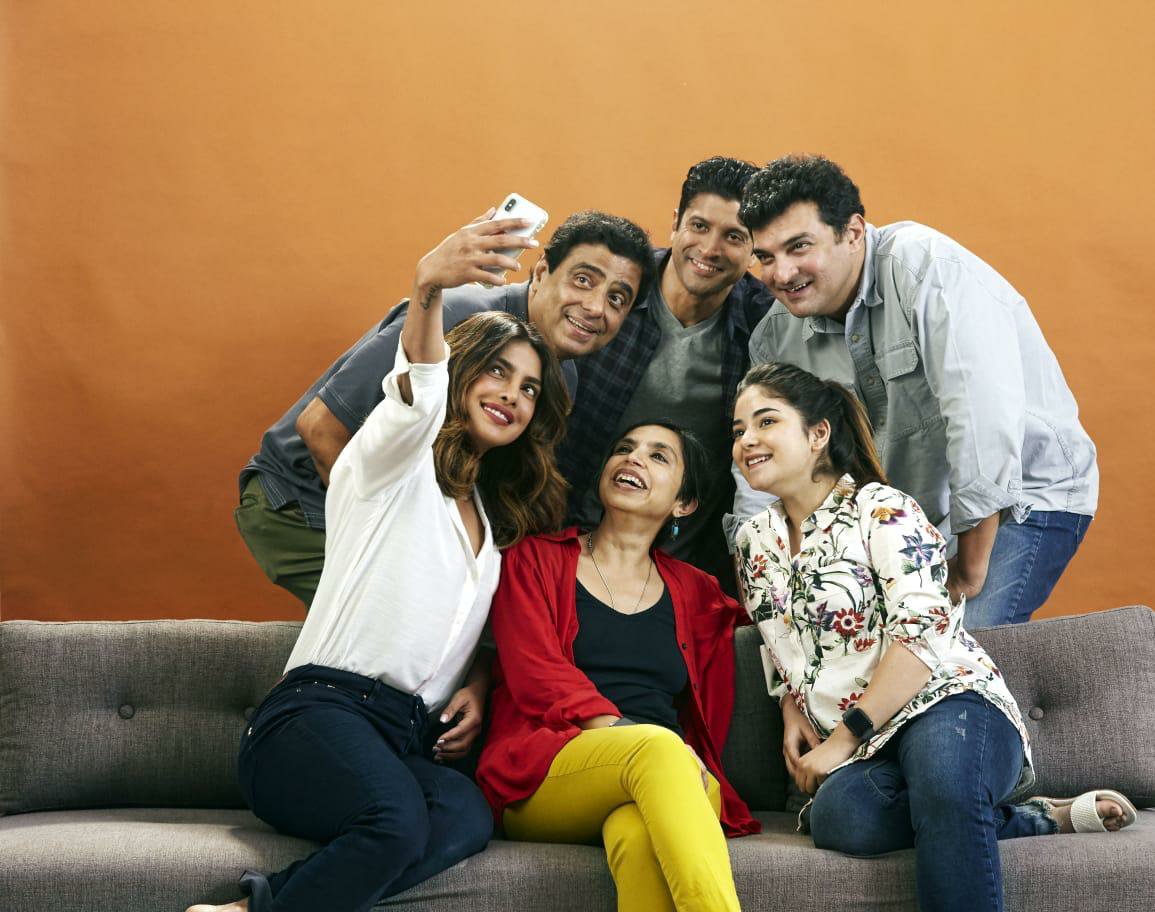 The film’s music is scored by ace music composer Pritam and the lyrics will be penned by the legendary Gulzar.

The project is already in production, with shoot schedules in Mumbai, London and New Delhi completed earlier this year. A brief schedule in the Andamans is planned for January, and the film is slated to release mid-2019.

“We have produced a variety of content for the Indian market and it is wonderful to collaborate with such highly regarded partners as RSVP and Roy Kapur Films on this compelling film,” Ivanhoe Pictures President and CEO John Penotti said. “Ronnie and Sid’s understanding of Indian audiences is beyond compare and I am sure that this is the start of a long association.”

“We are incredibly excited about forging this alliance with Ivanhoe and are looking forward to taking this wonderfully moving and inspiring story to audiences worldwide,” said Ronnie Screwvala.

Siddharth Roy Kapur said, “This is the perfect coming together of complementary strengths. Partnering with Ivanhoe will help us leverage their strong distribution prowess in non-traditional markets for Indian films, while in turn this collaboration strengthens their association with the Indian film industry.”

Roy Kapur Films (RKF) is a film and digital media production house founded by producer Siddharth Roy Kapur. RKF produces movies and digital content across scales and genres and has various noteworthy projects in the pipeline. Siddharth Roy Kapur is also the President of the Producers Guild of India and has been consecutively featured on Variety’s list of most influential leaders in entertainment.

RSVP is Ronnie Screwvala’s production house that has set itself up to make entertaining and substantive movies. Producer Ronnie Screwvala believes in presenting content-driven films and is focused on delivering films backed by power packed performances by talented actors and directors. RSVP has an exciting slate of films to release over the next 12 months.

Past Ivanhoe projects include the enormously successful comedy Crazy Rich Asians, a co- production with Warner Bros. from director Jon Chu (G.I. Joe: Retaliation) and starring Constance Wu and Michelle Yeoh, which has grossed over $235M to date worldwide, the South Korean hit The Wailing from director Na Hong-jin, which remains the second highest- grossing opening weekend for Fox in Korea behind Avatar; and the popular Hindi-language horror series Ghoul for Netflix India. They have been nominated for Golden Globes in two categories- Best Film and Best Actress.

Additionally, Ivanhoe has established a number of key partnerships to produce local- language films for global audiences, including a deal with Blumhouse Productions to develop local-language genre content in India.