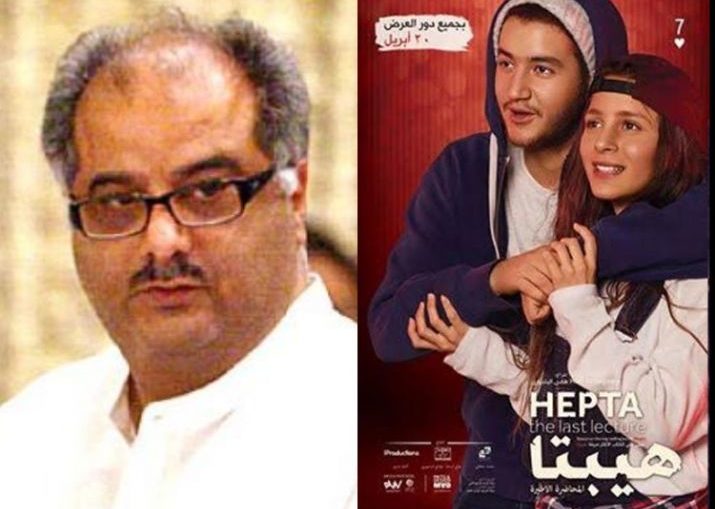 Producer Boney Kapoor has taken the rights of Egyptian hit film Hepta:The Last lecture to remake the film in Hindi and other languages in India. The film will be produced by Boney Kapoor’s Bayview Projects and co-produced by Fresh Lime Films.

Based on Mohamed Sadek’s best-selling book, Hepta directed by Hadi El Bagoury revolves around the seven stages of love and was one of the highest-grossing romantic films in the history of Egyptian cinema.

“India and Egypt have been strongly influencing each other’s culture, arts and architecture since ancient times. It is a pleasure to cooperate with Egyptian cinema. I strongly believe that this is only the beginning and we shall soon be seeing films from Egypt and India being remade in their respective languages.”, said Kapoor

Kapoor is also remaking Hindi Film Pink in Tamil titled AK 59 with south superstar Ajith which is currently being shot.

“Martyrs’ valour story, their passion and enthusiasm for the nations gathered all attention at One for All, All for One season 2!

Zeishan Quadri’s Halahal has been nominated for the best film for Digital awards under various categories this year.