Skip to content
You are here
Home > Featured > My Angel My Teacher movie trailer launched today by Shemaroo Entertainment!

When it comes to talking about issues that have been untapped in the Indian film industry, Rahat Razami is a step ahead by identifying the problems and making it into a masterpiece out of it, so that it reaches a bigger audience and My Angel My Teacher is such kind of a film.

Rahat Razami was inspired in creating My Angel My Teacher when Shoib Shah came across news that government teachers of Bihar do not know the basic spellings of Apple and Mango and decided to make a film to create awareness on the lack of good of education that the government school is providing in these rural areas.
The film is presented by Shemaroo Entertainment, written by Rahat Razami, produced by Rahat Kazmi Films, Sakshi Seth Productions and Shoib Shah Films and directed by Shoib Nikas Shah. 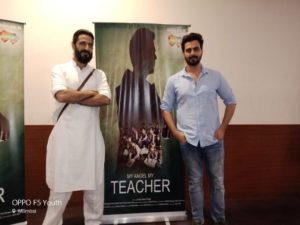 ‘My Angel My Teacher’ is a film that has captured the beautiful locales of Poonch region near Indo-Pakistan border with school going girls and boys from the area. The film is a reflection on an education system that struggles with its objectives of imparting knowledge to create well rounded citizens of the future.

On this Razami comments, “I have always heard but not witnessed the lack of education in rural areas that are barely heard of. I was personally affected by how Indian education system has turned so unorganised. Thus, with a lot of courage I took up this project with Shoib Shah. When it some to being a teacher, it is all about knowing the answers for the question asked by the students. It requires patience, courage and passion to be a part of an education system especially that of India. I hope the story touches the heart of people with its sensitive style of tackling hard subjects. Today the trailer haa been launched, I am pretty excited, as this has been a long journey in bringing all this together” 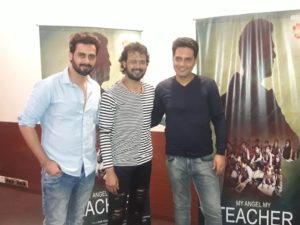 The fresh cast consists of Shoib Nikash Shah, Azmat Khwaja, Varun Choudhary, Shamim Sheikh and Naseer Sheikh. The cast new as they give authentic look and a fresh feel to film so people should feel the rawness of characters.

The film will be soon released in ShemarooMe platform in the month of April 2019.

Varun Sharma Discovered That Sonakshi Sinha Never Had ‘Sooji Ke Golgappe’ And Then, This Happened