Skip to content
You are here
Home > Featured > “Martyrs’ valour story, their passion and enthusiasm for the nations gathered all attention at One for All, All for One season 2! 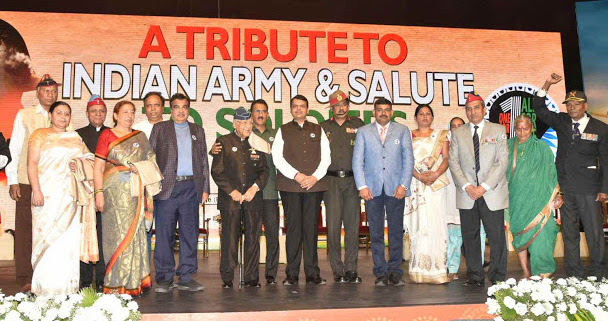 Huge success of a notable initiative of One for All, All for One program to pay tribute to the Indian Army and martyrs soldiers have stepped forward with its 2nd season.  Atharva foundation has organized a program to pay tribute to our Indian Army, Indian Air Force and Indian Navy and salute our soldiers through an initiative “One for All, All for One”. The season 2 of the program was presented on 31st January 2019 at NSCI Dome, Worli. One for All, All for One, which is conceptualized by Shri. Sunil Rane is Atharva foundation’s initiative to pay tribute to the soldiers and their family and is a dignitary cause. The program is an approach to honor the martyrs’ and to create awareness among the people about their sacrifice and valour. Promotion and awareness of patriotism in social media through various activities has been done on regular basis. 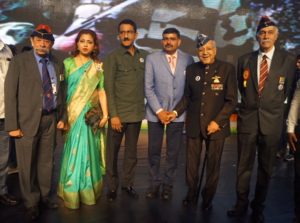 One For All, All for One is an opportunity for all of us to come together and show our respect and deep gratitude to our armed forces. Indian Armed forces, Ministers and social workers with Bollywood stars like  Hema Malini, Raza Murad, Mahima Chaudhary along with Gulshan Grover, Mohan Joshi, Shreyash Talpade, Dilip Joshi, Warina Hussain and Puneet Issar were also present at the event to support the cause and pay tribute to the real heroes of the nation. They narrated the real life stories of the real heroes, who fought bravely and sacrificed their life for the nation. Their stories were so heart touching that the audience got tears in their eyes. 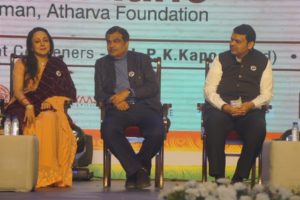 In this program the Chief Minister of Maharashtra, Hon. Shri. Devendra Fadnavis has announced to give 50 Lac Rupees and 2 Acres land to the Martyrs’ families and given the rights to district officials, dignitaries and State government to donate the lands to the martyrs’ families for the farming purposes. He also said that the Soldiers who are felicitated by Paramveer Chakra and Ashok Chakra used to get 30 Lac Rupees from the State Government, from now on they will get 60 Lac Rupees. He also announced that the State Government has tripled the amount to 36 Lacs for the Sarvottam Yuddh Sena Padak and Mahaveer Chakra, Kirti Chakra soldiers. He also announced to double the amount to 24 lac rupees for the Uttam Yuddh Sena Padak, Veer Chakra, Shaurya Chakra, Yuddh Sena Padak soldiers. Indian Army, Indian Air Force and Indian Navy soldiers used to get 6 lac rupees but from now on they will get 12 lac rupees. He announced to double the amount of all the Armed Forces Medals. The medal holder soldiers of all armed forces or their families who are getting monthly pensions, from now on their pensions will double. 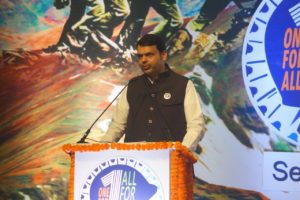 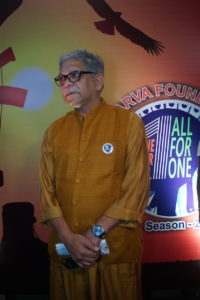 Along with the story narration, live performance by the volunteers and others on the patriotic songs had electrified the energy of the program. The patriotic songs and essence of heroism created an energetic zeal in the atmosphere of NSCI Dome.

At this unique program, the living legend Hon. Subedar Major Yogendra Singh Yadav, PVC was also present. He has been honored by Paramveer Chakra at the age of 19. He shared his life story by himself.

Wedding Celebrations begin for Shweta Tripathi – The Mehndi for her wedding is every bit adorable and meaningful!