“This is a very important film and I am glad, it is going places,” says Dia

Actor Dia Mirza’s film ‘Gray’ has been selected for screening at the prestigious Chicago South Asian Film Festival and she could not be happier. Having just wrapped up the Tarun Dudeja directorial ‘Dhak Dhak’, a road movie that saw her ride from Delhi to Khardung La, the world’s highest motorable pass, Dia says, “I want to do cinema that has something to say, reflects the times we are living in and initiates important conversations. ‘Gray’ is one such film and a lot of love, thought and care has been invested in it. I am glad that it is going places.” 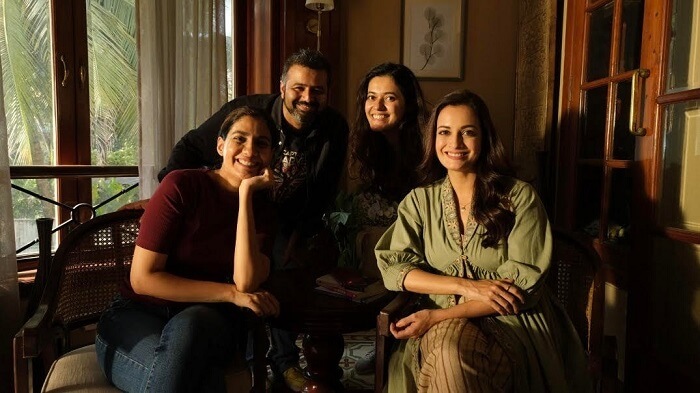 The Sakshi Gurnani directorial also stars Shreya Dhanwanthary and Chaitnya Sharma and is about a 20-something girl whose best friend violates the boundaries of her consent. Dia says, “Despite all the information that we have today, consent remains a gray and contentious area because we don’t listen to women. Consent as a theme remains largely unaddressed in cinema and this film explores it with depth, sensitivity and insight. I play a therapist who helps a survivor to process her feelings about what has happened to her and as an actor and a woman, I am glad that now many more people will see the film that we feel so strongly about.”

The Chicago South Asian Film Festival will take place from September 22, 2022 to September 25.

Tollywood queen Seerat Kapoor can pull off any style with ease and these Bikini pictures are proof.