Skip to content
You are here
Home > Featured > Karan Kapadia’s invigorating choice for a debut film!

New artists today are choosing to opt for unique films, scripts that don’t cater to the popular masses completely for their debut film. Most of them have succeeded in establishing a career for themselves in the film industry while also creating a niche of their own. In the past, actors like Rajkummar Rao, Ayushmann Khurrana, Sushant Singh Rajput and more recently, Ishaan Khatter have taken a bold step and chosen more critically acclaimed characters, an addition to this list is the debutant Karan Kapadia whose movie ‘Blank’ will be releasing on May 3rd. 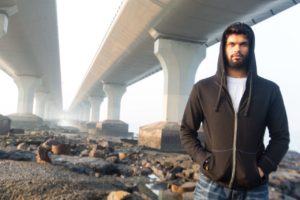 The movie has been making the headlines for its refreshing story of a suicide bomber who claims to have no memories after an accident. Novice Karan Kapadia will be essaying the lead character in this upcoming movie. Most newcomers want to play safe with their first role but not him. This bold choice by Karan in terms of a role, shows that he doesn’t mind venturing into the unconventional territory and planting himself as a talent to look out for.