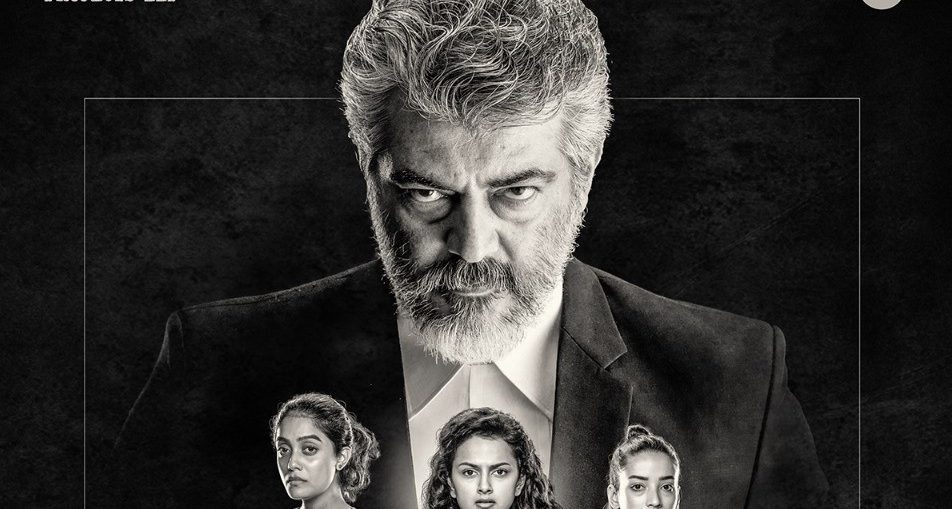 The first poster of Ner Konda Paarvai starring Ajith has been unveiled and it looks every bit intense, intriguing and promising. 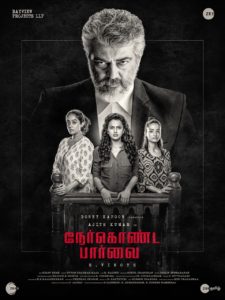 Ner Konda Paarvai is the Tamil remake of Hindi film Pink and is produced by Boney Kapoor and directed by H. Vinoth. The film also stars, Shraddha Srinath who will be seen playing Taapsee’s character, Abhirami Venkatachalam has been roped in to play Kirti’s character where as Andrea has been retained for her character.

Also, Vidya will be seen in a cameo role opposite Ajith. With this film, Boney is venturing into the Tamil cinema.

This film also holds a special place for Boney and Ajith as it was late actress Sridevi’s wish to see Ajith work with her husband.

While working together for Tamil version of English Vinglish, where Ajith made a special appearance, Sridevi had expressed her desire that Ajith should star in a Tamil film made by her husband Boney Kapoor.

The film is produced under the banner of Bayview Projects LLP.

Bollywood would come down to UP to scout talent, says Gaurav Dwivedi at Lucknow Film Forum

Ekta Kapoor awarded as ‘Sterling Icon of Indian Entertainment’ at the ITA Awards 2017!