Prachi Tehlan, the leading lady of ongoing show Ikyawann, is no less than a fighter who does not give up easily. Besides being hardworking and passionate, the beautiful actress has time and again shown the quality of perseverance. One such incident recently took place on the sets of the star plus’ show, where Tehlan was bitten by a dog. 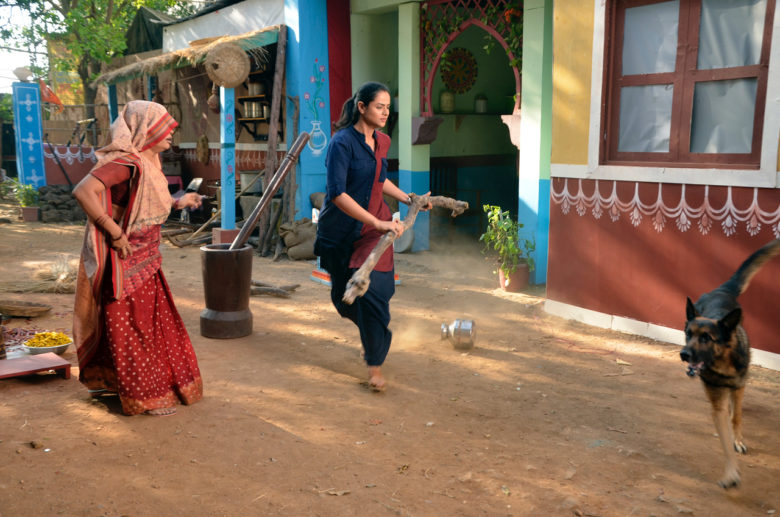 Prachi was supposed to shoot with two German shepherds for a scene in the television show when things went wrong and one of the dog turned violent. “He attacked the lower portion of my thigh and bit me badly in the process of grabbing the stick in my hand,” Prachi informed about the incident.

The actress was attended by the doctor at that very moment. “Two injections have been given to me already and five more are prescribed by the doctor,” she further stated.

As of now, Tehlan is recovering but despite the pain and injury, she is still shooting for the upcoming episodes. Believe it or not, the life of an actor is not as easy as it may seem. For sure there are a thousand perks, but it’s equally hard to justify the position you are standing at.

Kartik heads to his hometown with Kriti Sanon? Read on to know why…

Chulbul is back! The loveable Rohinhood Pandey takes over from Salman Khan the promotions for Dabangg 3 in his own imitable style and we can’t wait to see him in full glory