After launching the highly-anticipated trailer of Eros International and Aanand L Rai’s Colour Yellow Productions, Happy Phirr Bhag Jayegi, the cast and crew of the laughter riot have started the promotional city tours.

Sonakshi Sinha who plays the role of Harpreet aka Happy was recently spotted in the city for the press conference of the comedy of errors along with her co-star Jassie Gill and director Mudassar Aziz. The happy crew who arrived in a happy car will be traveling to different cities promoting the movie.

With two characters named Happy – Played by Diana and Sonakshi, Happy Phirr Bhag Jayegi offers a double madness and confusion. The comedy of errors is a complete fun package, even more, interesting than its first part, promising double the trouble this time which will surely take the audience on an insane laughter ride. 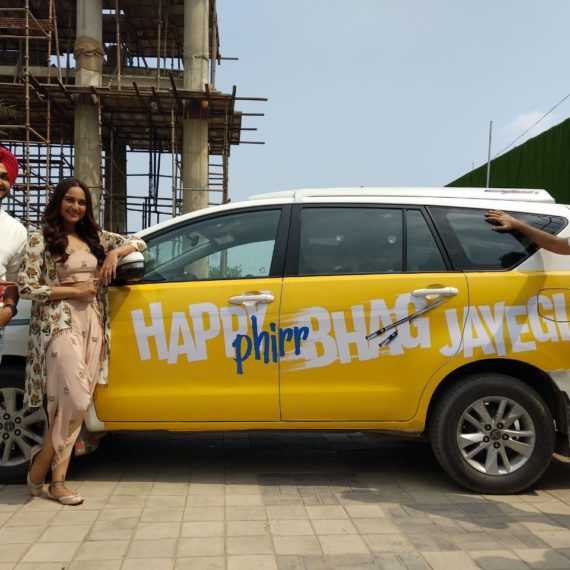 This Throwback Picture of Divya Dutta and Salman Khan Will Refresh Your 90’s Memory!