Skip to content
You are here
Home > Featured > Fan BREAKS DOWN, Nawazuddin Siddiqui gets EMOTIONAL 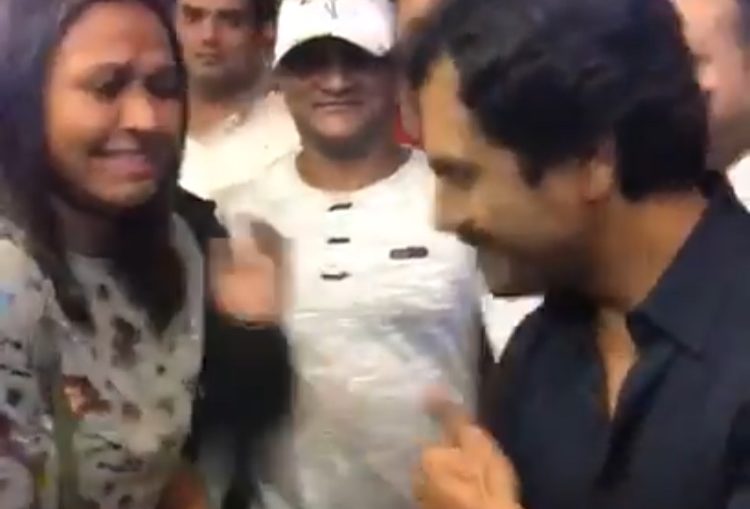 With every passing day, Nawazuddin Siddiqui has been surprising us with his versatile acting skills and breathtaking performances in various projects.

Just when he was basking in the success of his recently released web series, “Sacred Games” the trailer of his forthcoming film, ‘Manto’ was unveiled and that added another feather to his hat.

Recently, when the actor visited a Multiplex in Mumbai, fans mobbed him and among them was as girl who couldn’t hold back her tears and broke down on meeting Nawaz.

Seeing her cry, Nawaz too got emotional. He consoled her and expressed his gratitude for her love and wishes.

Nawazuddin is currently gearing up for his next film ‘Manto’ which is a biographical drama based on the life of Indo- Pakistani Urdu author- writer, Saadat Hasan Manto. He plays the titular role of Manto.

Directed by Nandita Das, ‘Manto’ is all set to hit the silver screens on September 21, 2018.

Here is the video :

With death lurking in the shadows, official poster of Bypass road starring Neil Nitin Mukesh promises an edge of the seat Killer Thriller