‏Filmmaker Prakash Jha winning the best actor award for his performance in Justaju and Sayani Gupta in You in the short film category of the first edition of New Jersey Indian International Film Festival. Desalos Isabella’s The Snag an entry from France was awarded the best short film.

In the feature film category the lead actress of Tikli & Laxmi Bomb Chitrangdha Chakraborty won the best actress award for her bold performance as a sex worker in the film which showcases a mini revolution of the women against the system. Vishwa was awarded the best actor award for his performance in Saalai. Both the films were entry from India.

The hard hitting film on the Half Widows of Kashmir which was also the opening film at NJIIFF won filmmaker Danish Renzu the best director award. The film was also awarded the Best film at the festival.

In The festival director’s award category some of the films that were awarded were Sweta Kripalani and Aditya Kriplani for their film Tikli &Laxmi Bomb. Ameesha Joshi and Anna Sarkissian’s documentary on the women boxers of India won the best documentary. 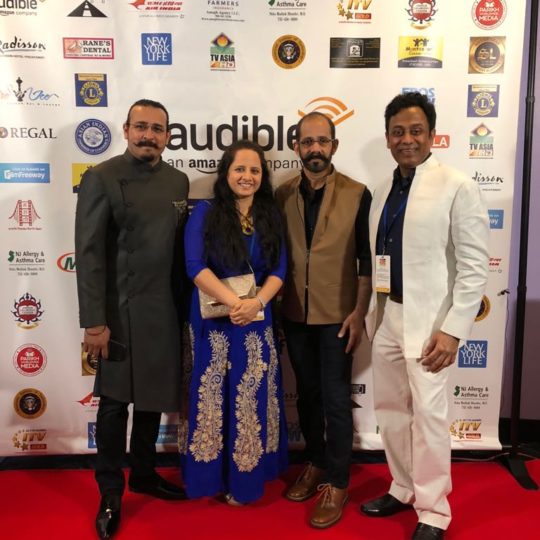 Meanwhile the closing ceremony of festival Madhuri Dixit Nene’s Bucket List was appreciated by the audiences at the festival. The film’s director Tejas Deoskar and producer Ashok Subedar interacted with cine goers and shared the experience of working with the Dhak Dhak Girl.

Move Over IPL, PPL Is Here!