Skip to content
You are here
Home > Featured > Audience gives a BIG Thumbs Up to India’s Unsung Heroes!! 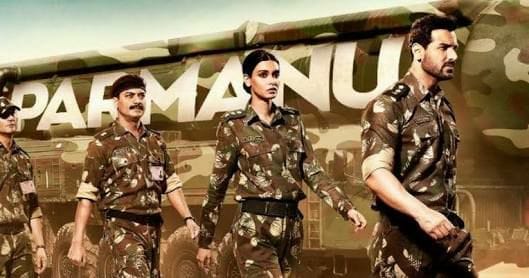 IAudience gives a BIG Thumbs Up to India’s Unsung Heroes!!

*Parmanu- The Story of Pokhran,*  an ode to India’s unsung heroes who came together despite all odds to make India a Nuclear Super Power, got a BIG thumbs up from the audience as it clocked 4.82 crores on its opening day yesterday!!

Not only is this number higher than some of the other recent releases, it is even more special given the much awaited IPL semi-final last evening.

The film, based on a true story that made India Proud- the series of Nuclear Test Explosions in Pokhran 20 years ago (in 1998), has received fantastic feedback from critics and audience and the word of mouth is extremely positive.

_*John Abraham said,* “Nothing could make me happier today than the validation of our efforts to celebrate our unsung heroes by our audience across India! I have been getting so many calls from our distributors and exhibitors and I’m thankful to each one of them for their unstinted support and for standing by and loving this labour of love. I am humbled and grateful to each one of them.”

Parmanu is a true-life human story of the kind of intensity not seen often. It salutes the efforts of the Indian Army, scientists, bureaucrats, intelligence agencies and others who worked so tirelessly against all odds to ensure that India finds its due place in the World Nuclear Map. What we hope that the audience takes home is not just the experience of a pacy and edgy plotline but also a sense of pride for our country and its twin pillars of strength- Jai Jawan Jai Vigyan!

T-Series’ ‘Pachtaoge’ Music Video Featuring Nora Fatehi & Vicky Kaushal Is Out Now, And It’s Sure To Tug At Your Heartstrings