Skip to content
You are here
Home > Featured > Shreya Dhanwanthary looks like a breath of fresh air with Emraan Hashmi in the soulful track Dil Mein Ho Tum from Cheat India!

The song highlights the romantic side of Shreya in the song as the audiences get to see more of her. Seems like, Shreya holds a promising debut with this film by raising the bar for newcomers in 2019. 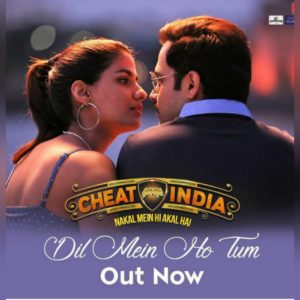 The song that released on Wednesday morning has already touched 3M and is been trending on social media.

The melodious song is reprised by Rochak Kohli has reprised the track and is written by Manoj Muntashir, and sung by Armaan Malik.