After scoring music with Sonu Nigam for director Girish Malik’s National-award winning Bollywood film Jal (2014), tabla maestro and renowned music composer Bickram Ghosh is busy with back to back bollywood projects.  His recent released project is Harsh Chayaa’s directorial debut ‘Khajoor Pe Atke ‘where Bickram Ghosh composed the music and the background score . Bickram is also known for his acting and he will be soon sharing the screen space with Actress Chitrangada Singh in the upcoming film ‘Band of Maharajas’. Bickram is now busy with his upcoming project with his friend Sonu Nigam.

Yes, the album has Bickram’s signature style written all over it and the musician says the music goes perfectly with the spirit of the film.  While Chhaya wrote lyrics for three songs, Kumar wrote for one. In fact, Chhaya also sang a song.

Bickram, one of the most popular names in Indo-fusion music scenario, is not the only Bengali working on this film album. Kolkata-based singers Timir Biswas and Ujjaini Mukherjee have lent their voice apart from Divya Kumar and Kalpana Patowary.

Apart from films, in 2012 Bickram had recreated the Indian National song Vande Mataram with 22 of India’s greatest musicians. Bickram has four GIMA (Global Indian Music Award) awards to his credit. 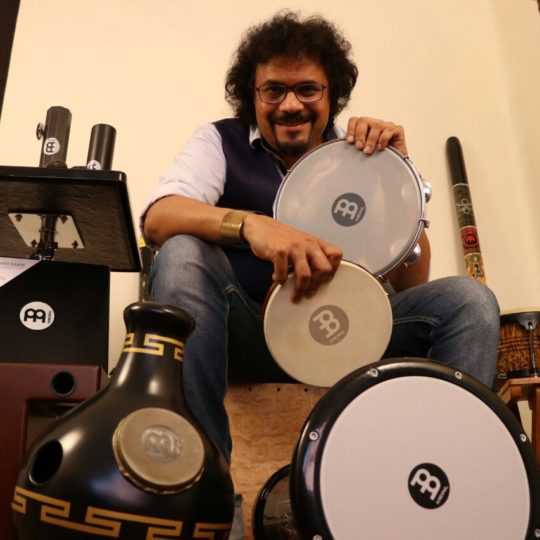 Bickram was the only tabla maestro to perform at the finale of the Commonwealth Games in 2010. He was one of the composers in the opening of the Indian Super League. In 2016, he added another feather in his cap by composing and presenting an extravaganza with 120 artists for the T20 World Cup finale.

This Twitter Banter Between Sonakshi Sinha, Varun Sharma and Badshah Has Created A Perfect Buzz For ‘Koka’

This women’s day, Kangana Ranaut draws attention to the importance of being empowered within!