Dharma Production’s Grand entry in the Marathi film industry with Madhuri Dixit’s Marathi debut film ‘Bucket List’ to be released on 25th May.

Karan Johar and Madhuri Dixit to fulfil their ‘Bucket list’ during the summer of 2018. The film is directed by Tejas Deoskar and produced by Dark Horse Cinemas, Dar motion Pictures and Blue Mustang Creations combine.

The film will create history as Madhuri will step into Marathi film industry wth this film w=as a bold modern age women who wishes to ful fill her wish list. 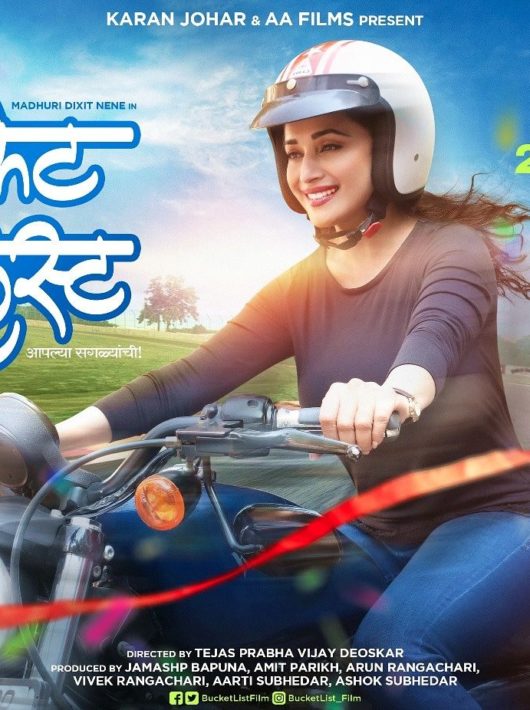