Shakeela Biopic is certainly one of the most awaited biopics currently based on the real life story of Shakeela, 90s adult film star who started with small roles and turned into a massive superstar. Her career at a point was so envious that male superstars of the era would fear of their films releasing alongside a Shakeela film.

The team of Shakeela have now unveiled the logo of the film and a tag line, that’s both undaunted and unabashed. Steering away from the stereotypical image that Shakeela has in minds of people of being a soft porn actor, the film challenges the audiences and is set to give them the depth story of the woman behind the phenomenon of an unlikely superstar. The biopic promises to delve into her life, her growing up years, her influences which director Indrajit Lankesh has tried to bring to the tablele. With Richa Chadha playing the title role, we are certain that we will get to see a power packed performance. 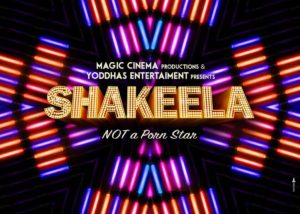 I felt a part of me was rotting away – Kangana Ranaut