Vlogger-director Sheetal Kolvalkar Khan, who was recently felicitated for her public service advertisement titled Grahan on World Tobacco Day at an event in Mumbai marks her on-screen debut with a chat show titled Ramadan, Feast more.

Talking about the idea, Sheetal reveals, “I began my career as a writer and I have been a creative director for 14 years during which I had set up a lot of television shows. Post which, the broadcast was the next step which helped me widen my horizons. During this period, I did what made me happy and I was passionate enough to run to achieve it.

I could never do what didn’t drive me. I realized that there are a lot of actors and technicians who could be inspirational and have more to them then just glamour. Thus, when I decided to do something of my own, the first thing to my mind were few people who are influencers and have more than just being premium in their fields. I wanted these celebrities to share their views on this holy month.”

As Ramadan was around so I thought of the idea to tell people that it is not just about eating good food but there was more to it. Thus, it was called Ramadan Feast & More and believe me that what happened on the show was miraculous. I didn’t expect this kind of response from the audience.

I did the first season of 5 episodes as I wanted to keep it crisp. 5 people from different religions, a different path of lives came together to share their experience on Ramdan. My episode was divided into 2 parts one where I went live with the celebrity and audience on insta chat. The response was huge,” she adds.

The guests on the chat show were choreographer Feroz Khan, Longinus Fernandes, Vaibhav Tatwawaadi, Iqbal Khan and Kirthi Shetty. Talking about them, host Sheetal says, “It was fun to interact with their fans and ask questions about their work and personal lives and second was the part where we had a studio shot episode of 10-15 minutes where we spoke about Ramdan. 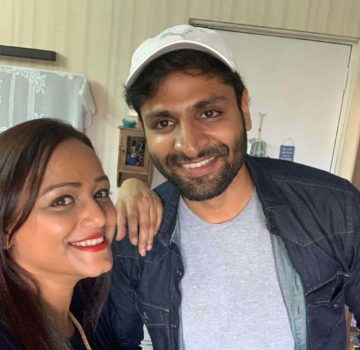 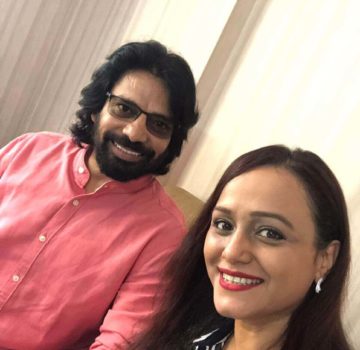 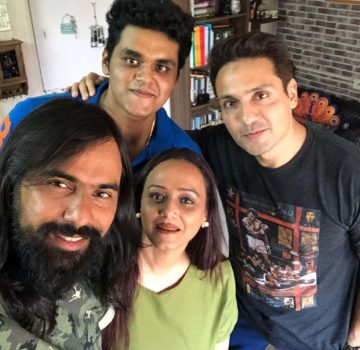 “I am so humbled and grateful to them, that in spite of their busy schedules they made time for me. As I wrapped the Season 1, I have started working on Season 2. Like Ramadan, Feast and More, I am working on something that will straight away connect to people,” she concludes.

Here are the links of the 5 episodes of Season 1: