Vir Das in 2017 became the first ever Indian to have released a Netflix comedy special, which is an honour only the biggest of comedians across the globe get and earn. His recognition and fame has earned him top spot on a global map, taking Indian comedy travel across the globe. Vir Das is a force to reckon with and his first Netflix special was a testimony to that. Abroad Understanding released in April 2017 and instantly placed Vir on a larger international map earning him spot alongside some of the biggest comedians globally.

Early this year Netflix announced that they were bringing Vir back, this time for another comedy special. So far only comedian including the likes of Dave Chappelle, Chris Rock, Aziz Ansari have had more than a single Netflix special to their credit. This December, Netflix will bring Vir Das back to their platform this time with a special titled Losing It. His Netflix special will be releasing on December 11th. 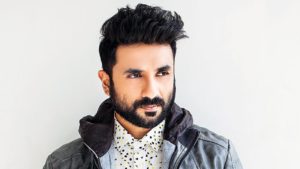 Speaking about it, Vir said, “The new show is called Vir Das LOSING IT. It’s something I’ve been working on for the last year. The first Netflix special took me accross the world and to brand new audience. I’m hoping to show them a new side to my comedy in this show. It’s going to cover world events, some controversial topics, but also get a whole lot more personal.”