Skip to content
You are here
Home > Featured > Vir Das’ new Netflix special is now out and social media is already raving about it! 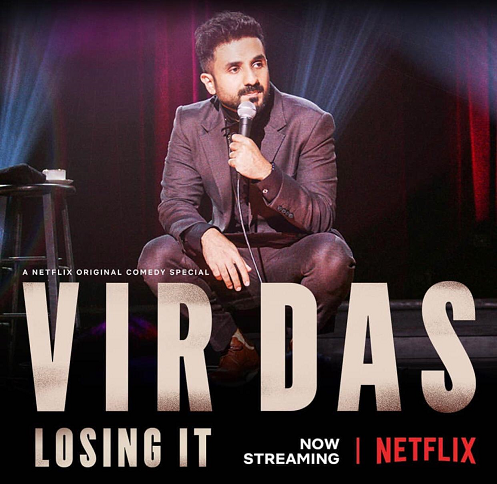 Vir Das is truly going places. As the year draws to an end, Vir Das has just dropped his new Netflix special yesterday – Losing It which is now streaming on Netflix in over 190 countries. This earns him the repute of becoming the first Indian comedian to have a second Netflix special, something a handful of few global comedians have had so far. Losing It aptly titled about Vir’s experience of losing everything – his beliefs, his perspective, his thoughts and having to re-question many things including career choices, politics, Bollywood amongst other things. This special just released less than a day ago, and has already got Twitter raving with incredible review pouring in from the audiences. 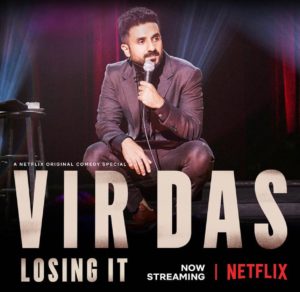 One twitter user Abhishek Mehrotra, said, “Just got done with #LosingIt on
@NetflixIndia and I have just one thing to say. This is the special India doesn’t want but the special that India needs. @thevirdas You Sir are amazing”.
Another one Pratik Wadhwa said, ” Losing It’ is the best thing that’s happened to Indian comedy ever!!! @thevirdas is terrific!!!! It is something every single Indian must watch!!! A standing ovation would be less gratifying for such a superlative show!!! Huge shout out to @NetflixIndia for platforming this!!!!
Another user, TanV Gandhi said, “BOLD LETTERS IT IS! HAVE CHUCKLED, LAUGHED, GASPED FOR THE LAST ONE HOUR!
@thevirdas YOU ARE A BROWN COW DESERVING OF ALL THE REVERENCE! ‘SPOT ON’ AS I HEARD YOU SAY @NetflixIndia @netflix #LosingIt #LaughOutLoud

Sachin: the ultimate winner, ready for release on 3rd May, 2019!