‘Sushma Swaraj Ji was the courageous leader who played a major role in getting the “Copyright Amendment Bill” passed which helped the artists and filmmakers to a large extent’ claimed by the Film World. ~

Many people highlighted the contribution of Sushma Swaraj Ji through the virtual event. To commemorate this program, Shri Prasun Joshi also recited the poem which he recited to Shushma Swaraj Ji for the last time, ‘ukhde ukhde kyun ho vriksh sookh jaoge’. 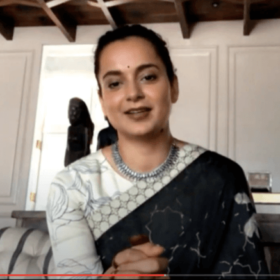 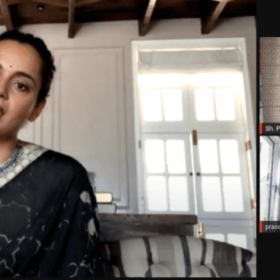 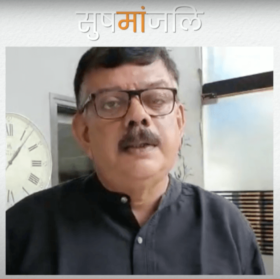 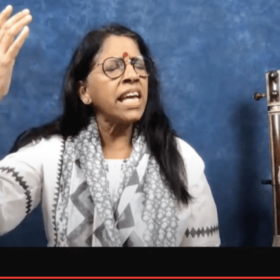 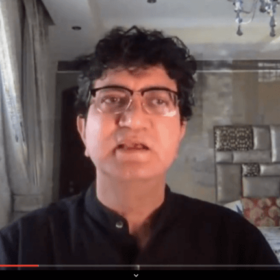 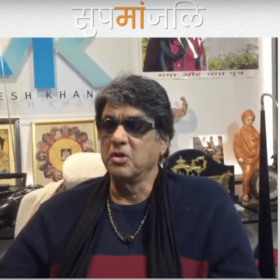 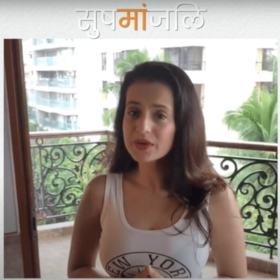 Padmashri, Bhajan Samrat Shri Anoop Jalota Ji initiated the program with a favourite song of Sushma Swaraj Ji and said, “I met Sushmaji many times and every time I met her she never failed to influence me with her thoughts and sayings. She was a very clear speaker and she always had a very special corner in her heart filled with respect and praise for the artists like us.”

Padmashri, film director, Mr Madhur Bhandarkar said, “I had the opportunity to meet and talk to Shushmaji many times, especially in the year 2003 at the auspicious event of my film ‘AAN: Men at Work’, she had come to Mumbai from Delhi to attend the event. Whenever Shushmaji used to meet, she always encouraged me for my films. She used to watch my film, call me and give her opinion.

Music director Shri Kuldeep Singh read the letter written to him by Shri Shushma Swaraj on April 18, 2011. In that letter, Mr Shushma had assured me that whenever the ‘Copyright Bench’ is presented in Parliament, our party will pass the bill with full support and play an important role in trying to bring justice to artists like you. Remembering Sushma ji, he said that the bill was passed but if she was with us today then the situation of injustice being done against today would have been better.

Padmashree, lyricist Mr Prasoon Joshi Ji said, Sushmaji helped pass the ‘Copyright Amendment Bill’ which has helped the artiste and content creators get their rights & due. Shri Sushma Swaraj Ji had a ‘poetic vision towards life’, she was a great fan of poems and used to love my poems a lot. I will always remember her extraordinary works.

Padmashree, Ms Kangana Ranawat recalled Shri Shushma Swaraj ji saying that Shushmaji did many valiant works in her life. She saved the film industry from the hands of the underworld and gave it an identity, she is an inspiration to me and many others. Her whole life is an example of women’s empowerment, which our future generations can never forget.

Honourable Minister Shri Prakash Javadekar said it’s still hard to believe that Sushma Ji is no longer with us. Sushma Ji was our partner for 40 years, she was always a very lively and high-spirited person. She was an eloquent speaker and everybody was eager to hear her speech in Lok Sabha, Rajya Sabha, and party meetings. She used to spread love and care among people wherever she goes, she was courageous enough to tell her opinion straight. She is a guiding force to me even today and will continue to be.

Sushma Ji’s daughter, Ms Bansuri Swaraj, recounted her mother’s death anniversary and told many things about her. She told that her mother was a worshiper of Krishna, she believed that Krishna Ji devoted himself to whatever work he did. Shushmaji followed this preaching in his life ‘. She took the biggest decisions for public welfare. Apart from this, the mother loved watching movies and singing songs.

To enlighten yourself with detailed happenings in the event please visit the link:

Sachin-The Ultimate all set to release on 5th April!