Viineet Kumar started acting in the early 2000s, however, acted in his first film as a lead in January 2018. A medical college topper and National level basketball player Viineet Kumar, announced his presence to the Industry with Mukkabaaz, the film he not only acted in but also wrote and prepared for almost half a decade. Speaking on how his struggle, the actor said, “Mukkabaaz released 18 years after I came to Mumbai. I started writing it from 2013 and it finally released in 2018. But I only consider myself 18 months old in the industry. I am using all those experiences as an actor in my films”. Viineet now has six releases lined up in the next seven months, which include Bard of Blood, Saand Ki Aankh and Gunjan Saxena: The Kargil Girl.

“Aadhaar is deeply connected with India, and to see International audience appreciate it was heart-warming” 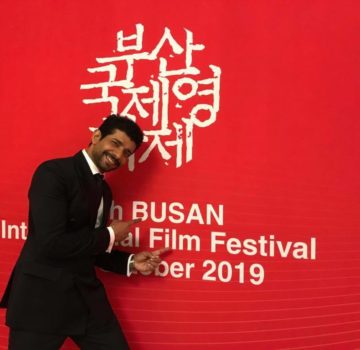 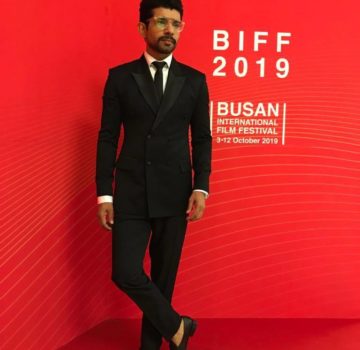 His upcoming film, Aadhaar premiered at Busan International Film Festival recently. Set in 2011, the film is about the first person in his village in Jharkhand to get an Aadhaar card, the predicaments, and his journey. The film received an outstanding response from the audience and elated with the developments, Viineet said, “I was really surprised with the reaction of the audience towards the film, because somehow, the film is deeply connected with the ground realities of our country, and Indians will easily be able to relate to it. But to see International audience glued to their seats till the end, and understand the nitty-gitties was a heart-warming experience. Even in the question and answer session, their observations were very insightful. Many of them were also keen to know about my preparation for the role since the character is unique.” The Indian premiere of the film will be held at the 21st Mumbai Film Festival (MAMI) in October.

After struggling for almost two decades, Viineet has made his mark in the industry and his journey is an inspiration to many. When asked about what kept him going in tough times, he shared how his father’s principles helped with cope. “My father used to say, ‘Hariyo Na Himmat, Bisariyo Na Hari Naam’, which means never give up and never forget the power of God (Universe). And I was not even given the opportunity to show my talent than how could I give up? I believed whenever I’d get a chance, I’d prove my mettle.”