The ongoing 4-day Khidkiyaan- Just Act theatre festival is nearing to its end. The festival started on September 26th, 2019 with the grand opening ceremony followed by interesting sessions of the famous film personalities.

Joining the bandwagon is the team Chhichhore, who would be gracing the closing ceremony of the festival tomorrow i.e. September 29th, 2019.

Elated Mukesh Chhabra says, “I am really honoured to have the Chhichhore team at the closing ceremony of Khidkiyaan- Just Act theatre festival. I thoroughly loved the film and each character in it. It is one of the rare films that takes you back to your college. It would be perfect to have them here especially among the college students.”

Besides this, The Last Salute that stars Imran Zahid in the lead role, presented by Mahesh Bhatt and directed by Arvind Gaur will also be staged today on September 28th, 2019. Popular Bengali actor Saswata Chatterjee will also attend the festival today from 7 pm onwards. 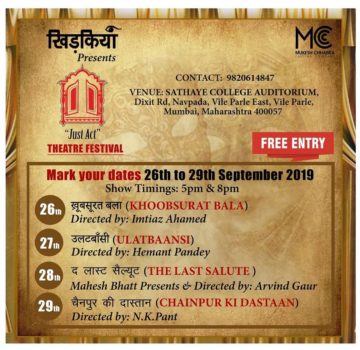 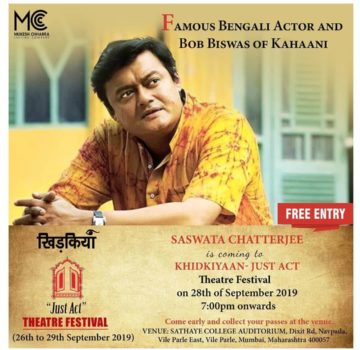 Harshita Gaur shoots in Manali for a Music Video