With his dashing personality and amazing acting chops, Ajith Kumar is a name to reckon with in South cinema. The superstar has several blockbusters to his credit. In fact, his previous outing Viswasam, which opened in cinemas this January, has earned over Rs 200 crore. The Tamil action drama also set behind Rajinikanth’s Petta, Vijay’s Sarkar and Prabhas’ Baahubali to get the highest TRP for a South Indian film, when it premiered on the small screen. 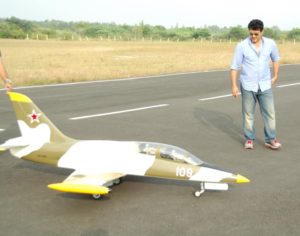 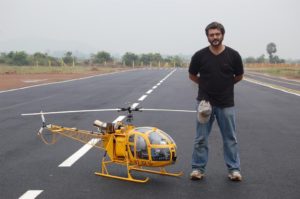 Few people known that Ajith has a Bollywood connect, too. He made his debut in Hindi cinema as the antagonist, Susima, in Santosh Sivan’s Asoka (2001), which starred Shah Rukh Khan as the Maurya dynasty emperor. Now, the 48-year-old will play a pivotal role in Nerkonda Paarvai, which is the Tamil remake of the hit 2016 Hindi film Pink. He essays the role of the lawyer, which was portrayed by Amitabh Bachchan, in the original. In fact, producer Boney Kapoor was so impressed after seeing its rushes that he hoped Ajith would do more Hindi movies. On April 10, he tweeted, “Saw the rushes of #NerkondaPaaravai. Happy… What a performance by Ajith…. I hope he agrees to do Hindi films soon. Have 3 action scripts, hope he says yes to atleast one of them. #NerkondaPaaravai #Ajithkumar,” (sic).
Ajith can in fact understand and speak Hindi unlike many south actors. Apart from being a powerhouse performer, He is also a racing enthusiast. He has participated in motorcycle racing championships in India. 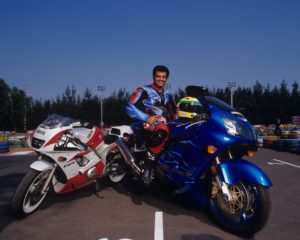 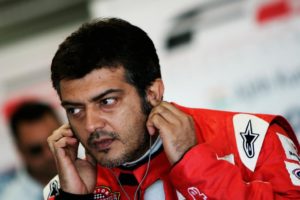 Talking about him, Boney says, “I got to know him closely during the shoot of our Tamil film Nerkonda Paarvai. I was pleasantly surprised to know about his passion for racing and other sports. It was only natural that our next project together is a thriller that uses his passion for speed. I would love to have him in a Hindi film with an action backdrop.”
Love for Sports:
Ajith participated in Motorcycle Racing championships in India. He loved the flow of adrenalin that racing brought, making split second decisions with the power of the engines in his hands but racing was an expensive sport. He didn’t have sponsors. A 10th class school drop out, he started his career as a part time mechanic and was a garment exporter before entering films.
He also started getting modeling assignments and all his earnings would go into his motor sports activities.His modeling assignments got him his first film offer. His first film as a hero was a Telugu film and then S.P. Balasubramanium introduced him to Poornachandra Rao and he got his break in Tamil films with Amaravathi that went on to became his first hit. But post the release of the film, Ajith injured his back while training for motorcycle championship and had to undergo three major surgeries resulting into bed rest for the next year and half. 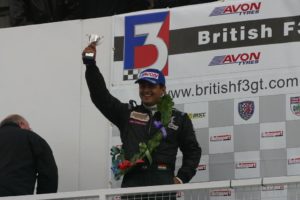 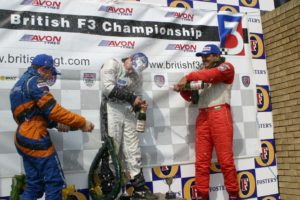 Post his recuperation; he got back to his film career and in early 2000 started participating in F2, F3 and Asian car racing circuits. He is one among very few Indians to race in International arena and only Indian actor to compete in Formula championships. He drove in the 2003 Formula Asia BMW Championships. He went on to gain 3rd position in British Formula 3 car racing championship in 2004. He last participated in F2 championship race in 2010. Any injury at this stage would have incurred losses to his film producers hence he decided to give up formula racing. From then on, he shifted his passion to aero-modeling. He then got himself certified to operate drones. He is currently getting himself trained in air pistol shooting and hopes to participate in Nationals.
Ajith has following wins to his credits:
1) National Motorcycle Racing Championships Group C Upto 110 CC Catagory- Best finish 5th Place In the 2 hours Endurance Race held on 23rd September 1990.
2) National Formula Indian Single Seater Championship 2002- Best Finish 4th Place in the last round of the championship.
3) Formula BMW Asian Championship 2003- Best Finish 4th Place qualification in Korea and 6th Place in the Race.
4) British Formula 3 Championship 2004 (Scholarship Class). Best Finish 3rd Place at  Donnigton PArk Circuit and another 3rd Place at Knockhill Circuit.
5) Formula 2 European Championship 2010- Best Finish 13th place in both races Held at Marrakech Street Circuit in Morroco.
His other interests includes Aero Modelling, Motorcycling, Swimming, Badminton, Photography, and Sports Pistol Shooting. 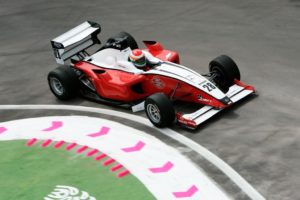 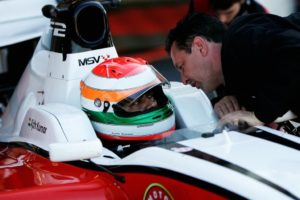 Ajith in real life:
He is known as someone who doesn’t like the limelight on him and avoids almost all the public gatherings, awards function. He doesn’t have presence on any social media platform and doesn’t even promote his own films.While all these things will make you feel he is not a social person, he is actually known to be extremely humble. Stories from his sets of him meeting the entire crew and being with them like a family through out the shoot, have been doing the rounds. He is in fact often known to cook food for his unit members.
He is probably the only actor who dissolved his fans club fearing his fans were going overboard on celebrating his success and not focusing on their lives. But, this act actually got him many more fans.

The pooja for Boney Kapoor’s next with director H. Vinoth, Valimai held in Chennai today