Singer Vee Kapoor, who is known for soulful devotional songs like ‘Giridhari’ and ‘Saavaro’ which have been released by prominent music labels like Times Music, has come forward to support a cause championed by his designer Saran Kohli. A while back, Saran started suffering from vitiligo, a skin based disease which compelled him to come up with an awareness campaign to spread awareness about it. He thought of designing a series of masks that would reflect what people, who suffer from this condition, go through. 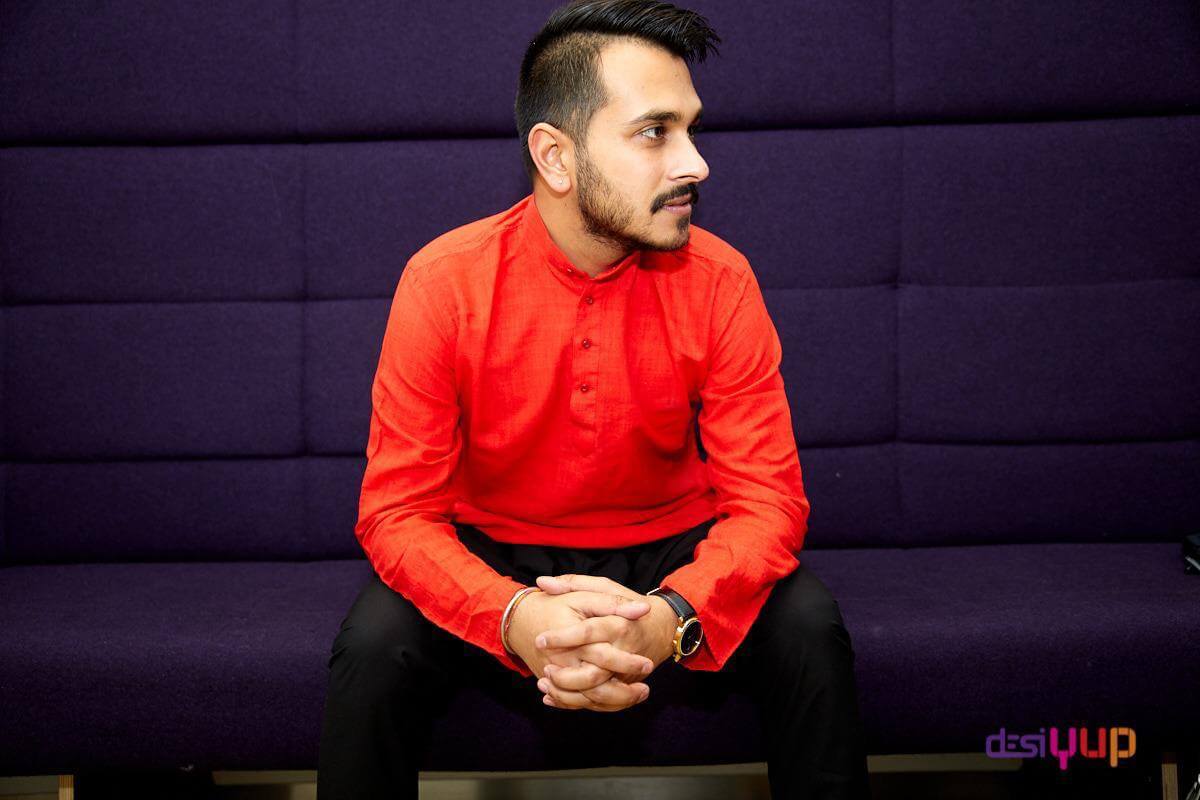 Talking about the same, he says, “As artists, we have a certain responsibility towards society. I have the means to reach out to those who like my music and follow my work. I thought of using that reach to support my friend’s initiative and make more people aware of this condition and the discrimination which people who suffer from this go through. I was happy to wear the mask, endorse it and put a statement out there along with a bunch of wonderful people who stepped forward to support this initiative. I have always been proud of my friend Saran’s achievements. He has made the country proud with his incredible work as a designer and I am so glad to see him taking this initiative now.”

🙏🏻I hope more people with vitiligo are accepted in the entertainment industry. Don’t be ashamed of what makes you different. Skin is just SKIN. We shouldn’t judge anyone on the basis of colour condition or race. Like our minds and souls, the skin is ever-evolving. Please support Vitiligo individuals. Thanks @sarankohlilabel For starting this initiative. You can now order these masks from His website #SupportVitiligo #Vitiligo #IStandForYou #vitiligonation #vitiligoawareness #vitiligobeauty #vitiligomodel #veekapoor #covid19 #covid #sarankohli #india #bollywood @crownthebrown_ @urbanasian #vitiligoindia #vitiligopride #coronavirus

The mask is a dual or multi-coloured one and aims to educate people about vitiligo and how people ought to be more sensitive about those who suffer from it.

The society, including the entertainment industry, needs to be more sensitive about this. There are also some extremely insensitive who mock people suffering from skin diseases.

“I am sure this campaign will make people think and bring about a positive change in society. Wearing these masks is a very creative way to spread awareness about it. I am very happy to be a part of it”, Vee Kapoor states.

Vikas Kapoor whose screen name is Vee Kapoor also has posted a couple of pictures with him wearing the mask to show solidarity with the movement. Since the last one year, Vee, who is based in London, has been very active as a singer and apart from releasing singles under labels of international repute, he has been doing cover versions of popular Bollywood numbers and uploading them on his YouTube channel. On the work front, he has recorded a bunch of songs during the lockdown which will release one after another soon. One of his upcoming projects include a single which he has collaborated with renowned lyricist Prashant Ingole (‘Purani Jeans’, ‘Mary Kom’ and ‘Bajirao Mastani’)

Actor Karan Aanand is like a chameleon when on camera!

“There’s a little bit of White Lily and Night Rider in everyone,” says Sonali Kulkarni