Kangana Ranaut is not only one of the finest actress that we have in the country but also one of the few actresses who never fails to speak her mind. She did not shy away from asking tough questions and discussing relevant current issues in the recent conversation she had Sadhguru in Mumbai. Some of her stances in that conversation have been taken out of context and it has been portrayed that Kangana supports cow vigilantism.
However that is not the case. Talking to leading daily Kangana said that in her entire conversation there was never a point where she stated that mob lynching was normal. As a matter of fact, she said that she was heartbroken every time she reads about lynching. Kangana said, “If a certain religion worships cows, you can’t slaughter cows. I am vegan and I can’t see raw meat. I can’t be shamed for my choices. If it’s a sentimental thing, why instigate people?”
Another point that has been blown out of context has been her stand on liberals. Responding to the same Kangana Said, “I am the most liberal person I know, but self-proclaimed liberals can’t rattle me by trying to seek attention. Their agenda is to go against the Government, protest against the national anthem, but how are they standing up for the country?”
Time and again, there have been fingers pointed at Kangana for taking side of the majoritarian politics. Answering to that, she said, “Governments can’t be partial to either side. Our religions are beautiful, but we must subscribe to nationalism to bind us together. These self-proclaimed liberals are b***ardising nationalist sentiment.” 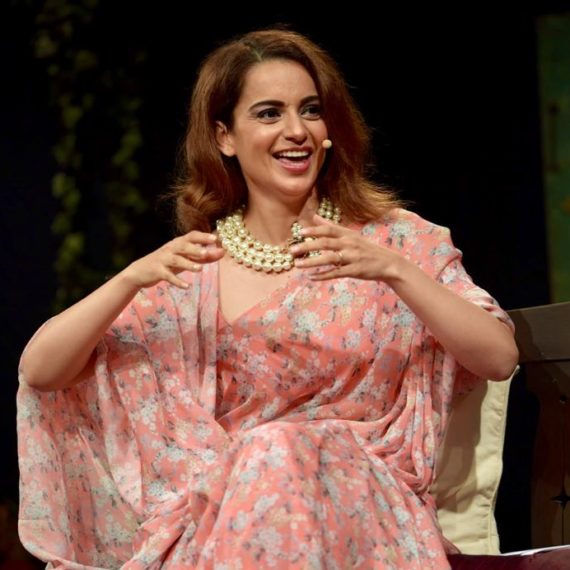 Shakeela biopic gets a new quirky poster as an ode to the 90s!

Nawazuddin Siddiqui aka Ganesh Gaitonde is back, the trailer of Sacred Games Season 2 out now