Skip to content
You are here
Home > Featured > Salman, Vivek tweet for Indian Air Force strike; SRK, Aamir yet to say something!

The Pulwama terror attack on Indian soldiers from Pakistan’s terror outfit Jaish-e-Mohammed had shocked the country. And while some were propagating peace talks, others were waiting for a retaliation. India struck back this week, crossing the Line of Control (LoC) with twelve Mirage 2000 fighter jets destroying terror launch pads in Balakot, Muzaffarabad and Chakothi areas, around 80 kms inside Pakistan. Bollywood reacted strongly on Twitter. 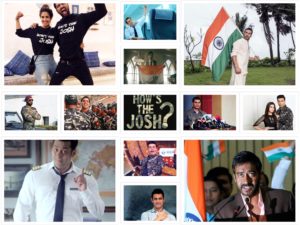 The bhaijaan of Bollywood, Bigg Boss Salman Khan, who has also dabbled in a lot of nationalistic cinema like Ek Tha Tiger, Tiger Zinda Hai, Tubelight, Sultan and Bajrangi Bhaijaan tweeted, “Respect @IAF_MCC Indian Air Force… Jai ho !!!” The megastar’s upcoming film Bharat will see him donning the uniform of a Navy officer, with the story even taking the viewer back to India-Pakistan partition.

And when we talk about Salman Khan, can we forget his BFF (Best Friend Forever)? Nah! Vivek Anand Oberoi, who is currently preparing to play the role of PM Narendra Modi in a film by the same name, preferred to be a man of few words here; lest any anti-bhakt twist his quotes on Twitter (wink). The NaMo biopic star smartly wrote, “Jai Hind #IndiaStrikesBack” along with a link of the news report. 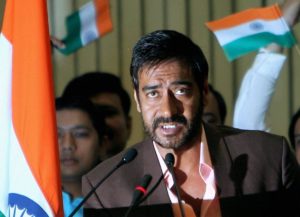 Vicky Kaushal, who played an army officer in the film URI : The Surgical Strike showed his support and gave credit to the Intelligence Bureau (IB), India’s internal intelligence agency as well. He wrote, “Salute to the #IndianAirForce and our Intelligence Department. #IndianStrikesBack . Jai Hind.”

Bollywood’s only PR guru Dale Bhagwagar expressed his feelings in an unusual way, taking a PR perspective. “War is a state of mind. The best way of waging war is not to fight it at all. The manner in which India has deftly handled its second surgical strike on terrorists, reinforces our faith in good PR strategy,” the entertainment industry publicist tweeted.

Filmmaker Karan Johar without whose indulgence no topic can be complete, tweeted, “May the force always be with the #IndianAirforce and our supreme Intelligence… JAI HIND.”

Superstars Shah Rukh and Aamir Khan haven’t tweeted anything about the airstrike yet. Aamir had earlier tweeted during the Pulwama attack saying he was heartbroken that CRPF jawans lost their lives. SRK has replied to a fan’s tweet about his brother wanting to meet him, though many of his fans might be waiting for him to say something about the Balakot airstrike.

In lighter vein, one Akash Banerjee’s video titled “Define Kangana Ranaut’s brand of Nationalism in 10 seconds?” has been doing extremely well on Twitter.