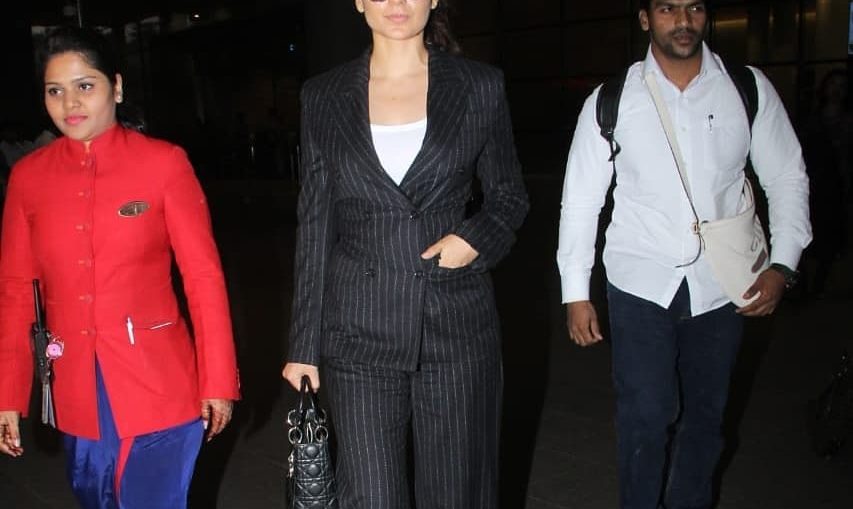 Kangana Ranaut is known for her impeccable styling sense. She is also someone who is known to be the Queen of airport looks. Be her stunning Tom Ford dress or the casual Gucci tracksuit Kangana Ranaut is undoubtedly one of the most fashionable heroines tinsel town has ever seen. But apart from her spiffy co-rds and suits, Kangana has established herself as a saree aficionado over the years. And we see her rocking the drapes even in her airport looks.

Earlier in the day, she happened to cross paths with Raveena Tandon who also could not help but complement Kangana to be the inspo behind the airport looks. Raveena posted a pic with Kangana on her Instagram and said, “with the one who started it all @team_kangana_ranaut got us out of our slumber and into the airport catwalk.”

With the one who started it all @team_kangana_ranaut got us out of our slumber and onto the airport catwalk! ???? #airportlooks #airportdiaries✈️ #fashionpaparazzi

Bollywood’s Queen is a diva who has only been shelling out fashion goals with her looks. She will be soon seen in Manikarnika: The Queen of Jhansi where she will be seen in a titular role.