The millennial cinema lovers who have grown up watching the films of the 80s when the films were full of power-packed entertainment have worshipped heroes like Amitabh Bachchan, Vinod Khanna, and Sunny Deol. Most of us growing up in the 80s idolized them and made them our role models for their heroism on screen.

Rajeev Khandelwal who is known for films like Aamir and Table No. 21 will return as an angry young man with film Pranaam directed by Sanjiv Jaiswal and the film is touted to be a tribute to that era when there was never a dull moment in cinema.

The makers of Pranaam have dared to make a film that has been long craved by the masses. Irrespective of the general perception of what is working, the film has been made with the sole desire of recreating that era of filmmaking gone by.

“There was a magic in films of that era. Though we had a structure that was common to almost all the films like hero, villain, hero’s humble background, their struggle, etc, the experience was larger than life. Pranaam is a reckoning for the Indian cinema-goers about how integral films of this genre are to the Indian culture. Every actor/director who has come to Bollywood today was at some point inspired by the cinema of that era. But the cinema changed by the time they came of age and to fulfill this dream people resorted to remixes and modern remakes of such classics. Pranaam is a throwback to the Classical era. 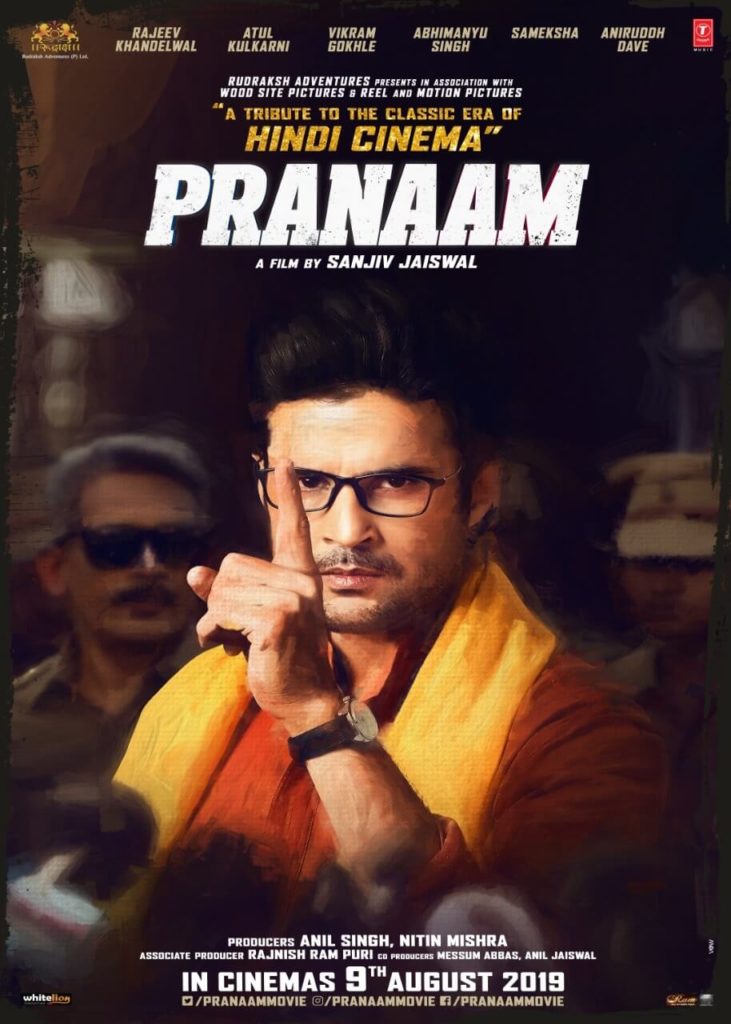 Pranaam is a film that has an original story set in today’s day and age and made with the latest technology bundled with melodious music with categorically no remixes by renowned artists, all designed to give you a peek into the classical era of Indian Cinema.”, says the director.

When asked Rajeev why he chose to do the film, he said, ” When the director approached me with the film Pranaam and I heard the story, treatment and characterization of lead character Ajay Singh, I was pleasantly surprised. It instantly resonated with the characters of movies I had seen like Amitabh Bachchan in Zanjeer, Deewar, Trishul, Anil Kapoor in Tezaab, Sunny Deol in Ghaayal or Jackie Shroff in Gardish, etc. These are the characters that inspired me to become an actor. By the time I became an actor, things had changed with experimental cinema being made. Those films of the 80s were a passé. So when I saw the conviction of Director Sanjiv Jaiswal to make a film like Pranaam I said ‘why not’. It’s a homage of sorts to the era that brought me to films. Since such films are not made anymore, I thought it would be a great experience.”

While actress Sameksha Singh who has given huge hits in south and Punjab and was last seen in TV shows Porus and P.O.W. Bandi Yuddh Ke is the female lead, the film also has a terrific ensemble cast. Atul Kulkarni is seen playing a typical cunning corrupt police officer who bends the law to his own pleasing, Abhimanyu Singh, Vikram Gokhle and Aniruddh Dave are also seen playing pivotal roles in the movie.

The music has been serenely composed by Vishal Mishra, studded with lyrics by Manoj Muntashir and brought to life by Singers like Sonu Nigam, Sukhwinder Singh, Armaan Malik, and Ankit Tiwari.

Produced by Anil Singh, Nitin Mishra, and Rajnish Ram Puri under the banner of Rudraksh Adventures Pvt Ltd., Pranaam is slated to release on August 9th, 2019.