Skip to content
You are here
Home > Featured > “Nakkash, wants to pass on the concept of unifying the whole India”-Zaigham Imam!

The premiere show of the  film Nakkash had been scheduled in Mumbai on 30th May,2019.
The premiere was attended by the director Zaigham Imam,actor Innamulhaq,Sharib Hashim, actress Gulki Joshi alongwith Raghuram,Zeeshan Ayub,Raja Hasan,Zamil Khan,Zaheer Iqbal ,Pranutan and Flora Saini. 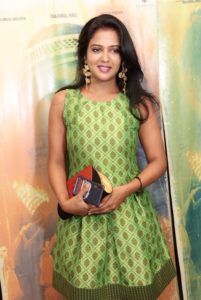 Recently,the actors had promoted the film in a very unique way to spread the message of love and peace all across.
Nakkash tells the bitter truth about how one ruins life easily just by making religious rules.
Set in Varanasi, Nakkash is the story of a brilliant and gifted Muslim craftsman, who engraves Hindu Gods in the womb-chambers of the Temples in the city, and through this he becomes the symbol of harmony between both the communities.The film director, Zaigham Imam who has been a successful journalist, said that he is very excited to see the positive response of the trailer. Nakkash is such a film which shows the face of today’s scenario of the Indian society. We, the team of Nakkash, want to pass on the concept of unifying the whole India through our film. Nakkash is repugnant to the hard-boiled people of any community, who hinder the unity of Muslim-Hindu and other communities in our country.Further he said unlike the citizens in the West, the Indian public often show distaste for films which is beyond their grasp of understanding, that is the same pre assumption formed around films shown at international film festivals. We want the message to directly reach the audience now that we are here to spread some message rather than making only profit. 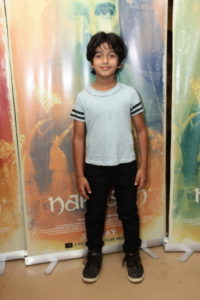 Lead actor Inaamulhaq, who has proven himself time and again by the heartfelt performances through the films like Filmistaan, Jolly LLB2 & Airlift, said that Nakkash spreads the peace between people, which is why it is very crucial that the film like this reaches the viewers and teach the people of the country the way of love and accord between each other. This film is very important in today’s life and for  me  as well.Today where so much chaos is created, this film is about love,peace and brotherhood and I hope everyone will internalize this.He request to all people to watch the film in the cinema rather than on any mode as it doesn’t do justice with the flavour and message which the film wants to convey to the mass.Sharib Hashmi, who has already spread love between two countries through his film Filmistaan, said that he is really overwhelmed by the deep affection Nakkash is getting before its release and wants the film to reach masses all around. Through this event we want to spread the principle message of love and peace among the citizens. 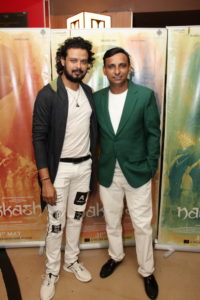 Pawan Tiwari, Govind Goyal and Zaigham Imam are the producers of this venture and Nakkash is releasing with the collaboration of Golden Ratio.

I feel honoured to play the living legend of our country: Karam Batth