Bollywood actress Sonia Mann, who has done several Punjabi and South movies, is quite popular for gorgeous looks and acting skills in the Punjabi film industry.

While Sonia Mann’s distinctive features, her gorgeous face and beautiful eyes never fail to capture the perfect emotion, the actress has been lauded for her acting skills in Punjabi films like Haani and Mere Yaar Kaminey. She has also worked with Hrithik Roshan in Vikram Phadnis’s Marathi film Hrudyantar.

But now the pretty actress is now being likened to a well known Bollywood diva!

Apparently, Sonia shares an uncanny resemblance to none other than Kareena Kapoor. The actress is often stopped at the airport by Kareena Kapoor fans who mistake her for Bebo. Nonetheless, she always obliges to pose for a picture with them.

Perhaps it’s because they do look similar. From their cheekbones and smile to their eyes, Kareena and Sonia have got quite a few similarities. 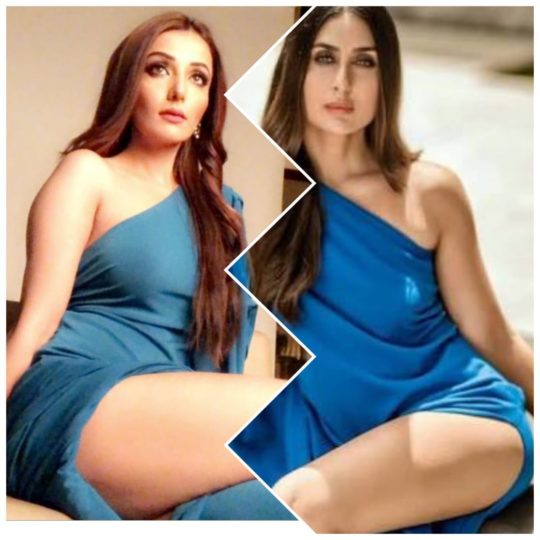 Shocking, isn’t it? These two actresses have got a few similarities in personal life too. Apparently, both of them are vegan and their zodiac sign is Virgo.

Punjabi musical tadka, Top 6 Punjabi songs of 2021 that ruled the hearts of millions.