Skip to content
You are here
Home > Featured > Kangana Ranaut clears the Air by stating Krish Jagarlmudi as the Director of Manikarnika.

Kangana Ranaut clears the Air by stating Krish Jagarlmudi as the Director of Manikarnika.

Kangana Ranaut, the favorite child of controversy again made headlines when it was rumoured that she is excessively interfering in the direction of Manikarnika. IF the rumours to be believed The Queen of Jhansi has replaced director Krish Jagarlamudi for some sequences.

Before it could turn into something big, Kangana’s team posted a clarification on Instagram. The team wrote, “Krish Jagarlamudi is the director of Manikarnika and will remain so. Kangana Ranaut has stepped in to shoot just the patchwork on his behalf while he fulfills his commitments in another movie, to make sure that Manikarnika releases on 25th Jan 2019. The clapboard is merely to avoid on set confusion.”

The statement reads “Krish Jagarlamudi is director of #Manikarnika & will remain so. He’s currently fulfilling his unavoidable commitments with another project and so #KanganaRanaut has stepped in to shoot patchwork on his behalf. The team of Manikarnika wants the movie to release on 25th January 2019 and to make sure that happens Kangana had to step in to do the patchwork, which she is doing very dedicatedly. There is no truth in rumours of miff between Kangana and Krish. The clapboard is used only to avoid any confusion on the sets and there should not be much made out of the same.” 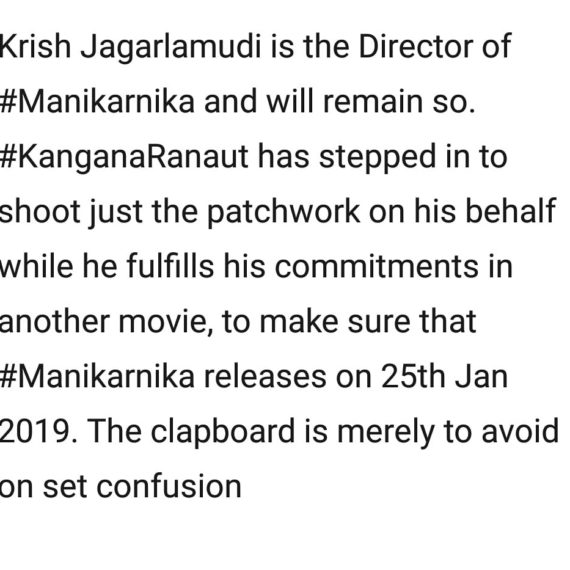 Further its added “In Hollywood it is a common practice for actors to also step in the shoes of director if the situation demands. For example in the hit series Friends 10 episodes were directed by David Schwimmer who played Ross, despite the original director James Burrows being present”. 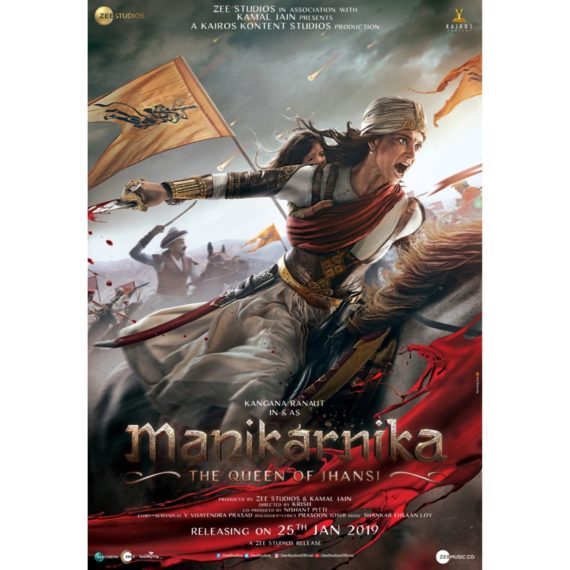 Are Abhishek Banerjee and Ravi Dubey coming together for a new project?