Skip to content
You are here
Home > Featured > Jahnvi Kapoor has learnt Kathak. 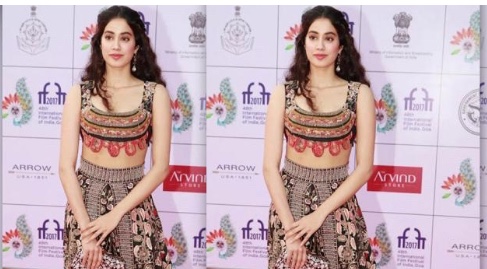 The vibrant Jahnvi Kapoor along with her father Boney Kapoor attended a session at International Film Festival of India(IFFI) in Goa recently. While discussing her personal choices from the list of yesteryear’s director, she mentioned Guru Dutt, Bimal Roy and Satyajit Ray.

She said, “I loved Satyajit Ray’s cinema. I have seen Charulata which is my personal favourite.

Janhvi also revealed that she has learned Kathak. 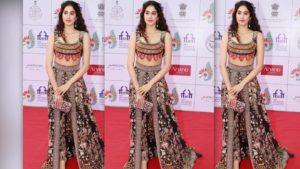 “When I went to Delhi to learn Kathak from Maharaj ji, I saw his disciple Shashwati ji perfoming on one of his Kathak sequences from Shatranj Ke Khiladi and the way she performed,I wish to do Kathak in one of my films.”

It is so amazing to see the young girl talking about the history of Indian cinema so well.