Skip to content
You are here
Home > Featured > I saw Balasaheb, not Nawaz: Suniel Shetty! 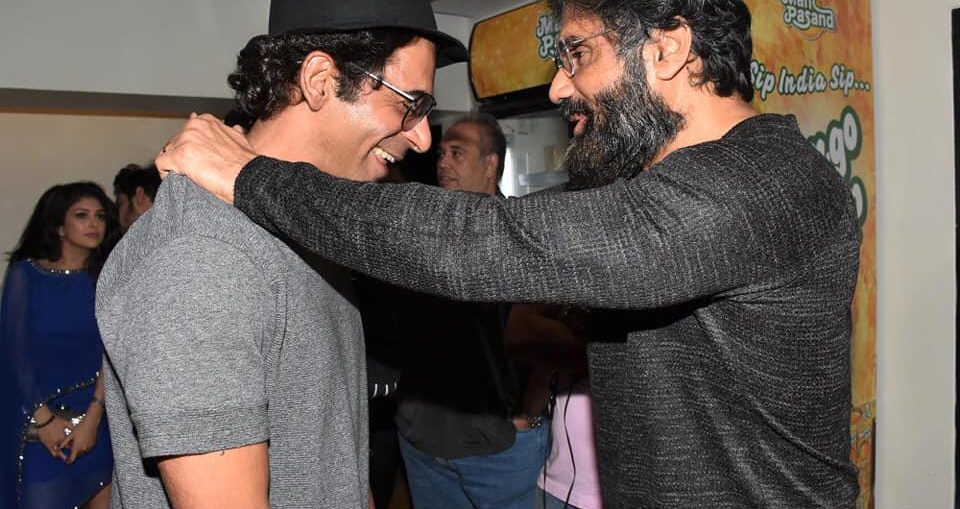 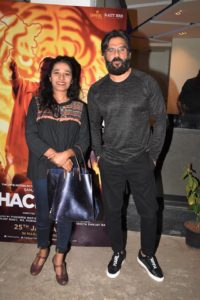 Rahul Dholakia felt that Nawazuddin Siddiqui delivered an “impressive performance” while Vasan Bala and Shekhar Suman unanimously agreed that “the Tiger roared!”
“I have seen Balasaheb very closely and from the first frame, I did not see Nawaz. I only saw Balasaheb,” said an emotional Suniel Shetty. Added Shekhar Suman, “Amrita Rao’s silence spoke while the Tiger roared. She excelled as the backbone behind Balasaheb. A particular scene where she read a letter was very difficult but she performed with effortless ease.”

Enthused Anurag Kashyap, “Everyone is talking about Nawaz’s brilliance. I am here for him.” felt Sunil Grover, “Nawaz is inspiring,” whileTannishtha Chatterjee added that performances were ‘brilliant’.
Looks like the roaring tiger has arrived!
Watch out for Thackeray where Nawazuddin Siddiqui plays the Shiv Sena Supremo in the stellar role alongside Amrita Rao who will portray Meenatai Thackeray, with a team of dedicated national and international award-winning technicians. Thackeray is presented by Sanjay Raut, produced by Viacom18 Motion Pictures, Carnival Motion Pictures and Raut’ers Entertainment LLP and directed by Abhijit Panse.

Richa Chadha remembers her late grandfather on the occasion of Indian Army Day!