Skip to content
You are here
Home > Featured > Grow a Pair’ to ‘Don’t be a pussy’, Taapsee Pannu’s introduction of Amazon Prime Video’s Laakhon Mein Ek, is the sassiest! 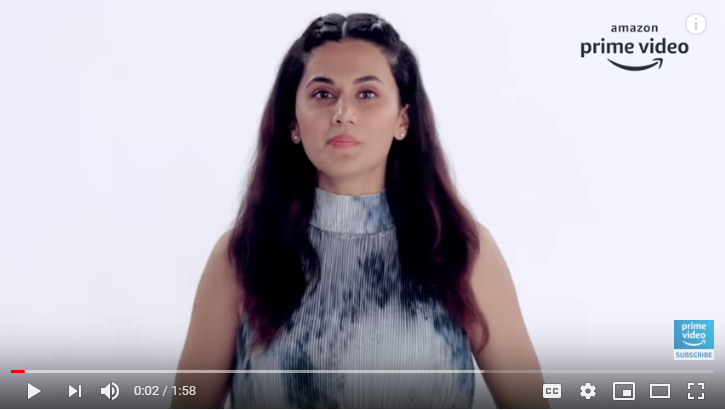 ‘C’mon man, grow a pair’, ‘What a ballsy move’, or just ‘Man Up’, all expressions of courage, bravery, daring are essentially masculine, whereas, when you need to shame someone, a phrase like ‘don’t be a pussy’ is enough. And let’s not even get started on how all expletives stem only from female anatomy. And what’s even more shocking is that we are so conditioned to usage of these terms, then we (both men and women), don’t even realize how sexist the whole outlook is!

Taapsee Pannu, an actress who in her films and real life, never shies away from calling out bullshit, has come up with a video, where she is at her satirical best. The actress admits, that since we anyway casually stereotype men as courageous and women as cowards, why not do away with the popular phrase, “Maa Ka Doodh Piya Hai Toh” as well.

The video, which announces the new season of Amazon Prime Video’s popular show. Laakhon Mein Ek, which stars Shweta Tripathi in the lead, raises many pertinent questions and shakes one into realization of how even casual usage of terms contributes majorly to already rampant sexism. The initiative is garnering praise from all quarters and is being called as a major win for gender equality, something that truly is the need of the hour.

Arslan Goni, Shahrukh Khan from Chaiyan Chaiyan song inspired me to be a Bollywood actor