Skip to content
You are here
Home > Featured > “Education has never been a barrier to me in my profession” – Dr. Aditi Govitrikar

A unique personality who is a supermodel-actress-doctor-and-psychologist combo, Dr. Aditi Govitrikar has primarily been a household Bollywood name but has featured in several movies, music videos, and ads across various genres. Recently, Dr. Aditi was seen in a Marathi movie, “Smile Please” in a role that’s synonymous to what she does in real life. Ms. Govitrikar, in her professional career, has participated in reality shows like “Big Boss season 3” hosted by Amitabh Bachchan, “Khatron Ke Khiladi” season 1 with Akshay Kumar, where she won the title of the second runner up. Her educational background is vast, to say the least. She is a qualified medical doctor with an MBBS degree from Grant medical college and Positive Psychology degree from the esteemed Harvard University and is also currently pursuing a Masters in Psychology from Harvard. 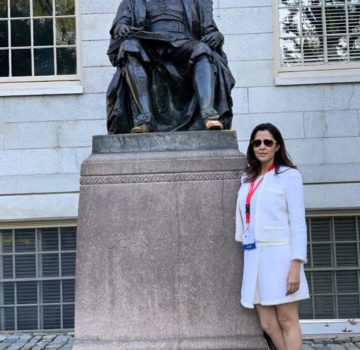 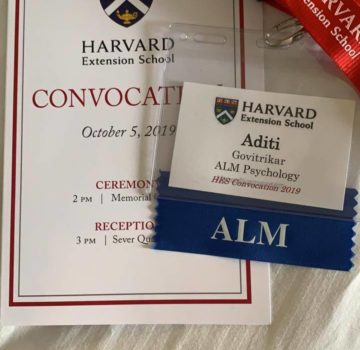 After years of focusing on family and films; Aditi wished to fulfill her desires and pursue her further studies from the renowned Harvard University. Preparation, admission along with multiple entrance tests for the said university was anything but easy but Aditi persisted, and with sincere efforts cracked them all with flying colours. She is currently in the midst of her Master’s program in Psychology. Qualified and trained in positive psychology already, she counsels many celebrities as well as the common folk.

Aditi claims, “In life, education plays a very important part. Mostly, somewhere we all think that after a certain age it’s difficult to continue with studies but the truth is told, this is a self-made barrier. We create it for ourselves. There is no rule or law anywhere that states whether one should stop studying after a particular age. So, I thought and decided for myself that I wish to stay a lifetime student and learner. Because when we have a learning nature, our mind-set/thinking changes; which is very important as it’s good for a healthy brain.”

With her constant traveling to and fro, Aditi now is finally back in India and will be attending the lectures online so she can focus on her work commitments, shoots and medical practice in her homeland. We are expecting her to make a banging come back with T-Series’ next ‘Koi Jane Na’ alongside actors like Kunal Kapoor & Amyra Dastur releasing in 2020. Unlike many others, Ms. Govitrikar has always given due attention to her qualifications by never giving up on her studies, and despite being an actor she always managed to continue her education. We believe it’s now time where she can see her dreams come true with an amalgamation of acting and counseling.

Urvashi Rautela slays the Internet with her Hot Bikini Shoot