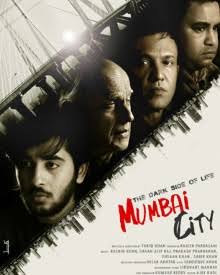 The film introspects into the lives of people who are trapped in their problems and decides to quit life. The film also gives hope to the people whoever comes to the city of dreams.

Noted director-producer Mahesh Bhatt, who is marking his acting debut will be seen playing a role of a painter and lead actor Avii will be playing a struggling singer who then suffers from depression and plans to commit suicide.

Rajkumar Rao starer Omertà Poster will Force you to Think