Once upon a time, Mumbai used to be famous for poster art and murals. Even today, we look at Mario Mirinda’s paintings at Cafe Mondegar in Colaba and gaze in delight. In recent times, the Mahatma Gandhi mural at Churchgate Station is also looked upon with awe. But from the last few years, not many have explored this art… at least, not in the suburbs.

But that’s just changed this week, with National Award-winning makeup, hair and prosthetic designer Preetisheel Singh and her partner-husband Mark D’souza at their company Da Makeup Lab, having set up their new office in Versova with a huge floral mask mural on its two-storied building wall. It’s the biggest mural on the building, with a face emerging from a large, vivid and burlesque flower.

Mark D’souza, business head of Da Makeup Lab explains, “At our company, what we do is transform an actor into a character. The murals depict that. Here, the art is the flower, and the face is what emerges from this art.”

The ruling queen of prosthetics, Preetisheel Singh, who has designed the looks for Bollywood’s top line actors in films like Padmaavat, Bajirao Mastani, Andhadhun, Mom, Mulk, 102 Not Out, Thackeray and many others, is about to begin ‘Preetisheel’s School of Character Design’ at this place soon. “We intend to let the calm of our surroundings in Versova inspire the imagination of our students when we roll with the school in September,” says Mark. 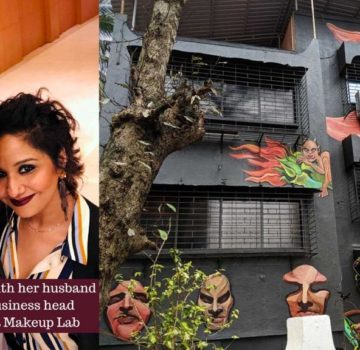 Preetisheel Singh with her husband 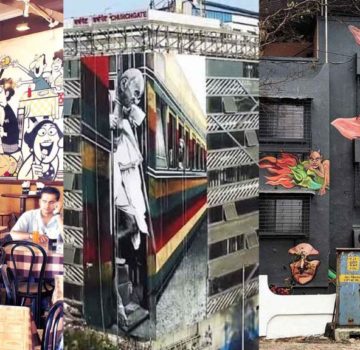 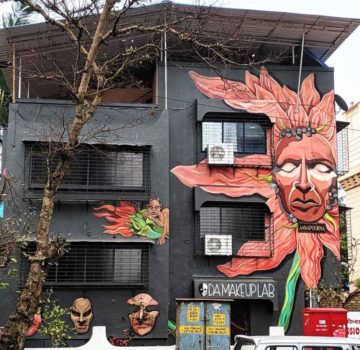 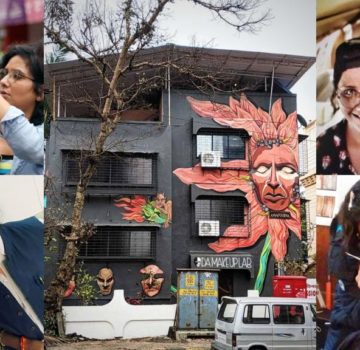 Made by Delhi artist Amrai Dua, the murals are quite a sight for passersby. So catchy are they, that they can give any eclectic Hollywood studio a run for its money. Apart from the humungous floral mask mural on the front, the second mural is of a fantasy-based devilish creature. The third has three masks, all emoting differently. A portion of the wall has a mural of Preetisheel doing what she knows best, transforming someone with a brush in her hand.

“Prosthetic is quite new to Bollywood. But we have got rave reviews for our work in the last few years. So our aim is to let filmmakers know that the drastic transformation of characters is also possible in India. And the artworks are trying to convey that. One of the murals — the creature — is our way of telling people we can do world-class fantasy-based transformations, so the industry should start thinking about it,” says Mark.

Seerat Kapoor slays in Desi vs Videsi look, Check out the picture here

“Trusting the magic of new beginnings”; Bobby Deol shared a throwback picture of ‘CLASS OF 83’